Don McLean In The Midst Of Some Rough Times 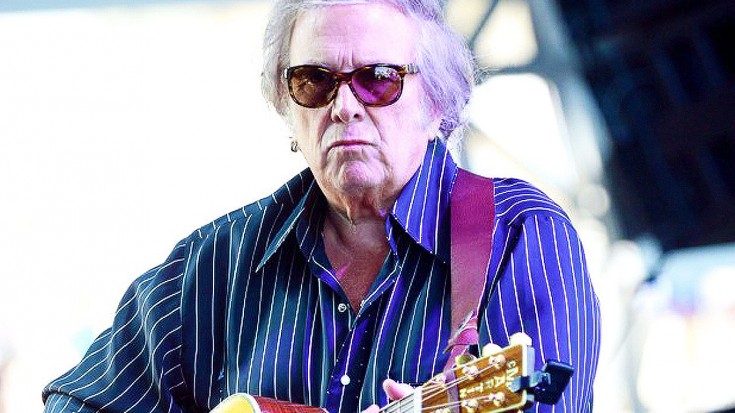 Rough times for the 70-year old

It’s an unfortunate time for Don McLean. McLean has accepted the plea deal for his domestic violence case. He was arrested at his home in Camden, Maine back in January and pled guilty to domestic violence. The arrest sprouted from an incident where 911 was called to McLean’s house at 2 am. The “American Pie” singer was arrested, booked into Knox County Jail, but was subsequently released after posting his $10,000 bail. He was charged with the lowest level of assault crime, and his plea deal entails that he will be forced to pay a $3,000 fine, and agree to stay out of legal trouble for 1 year.

McLean’s wife filed for divorce back in March after 30 years of marriage. McLean is still performing and touring to this day even at 70-years old. He is currently touring right now, with his next date scheduled for July 26th in Boise, ID. Last year, McLean auctioned off the original manuscript for “American Pie” for $1.2 million. McLean was quoted saying after the auction that the only thing he was truly attached to was “his wife, children and guitar.”

Hopefully things lighten up for Don and his family. In the meantime, enjoy some “American Pie” down below.