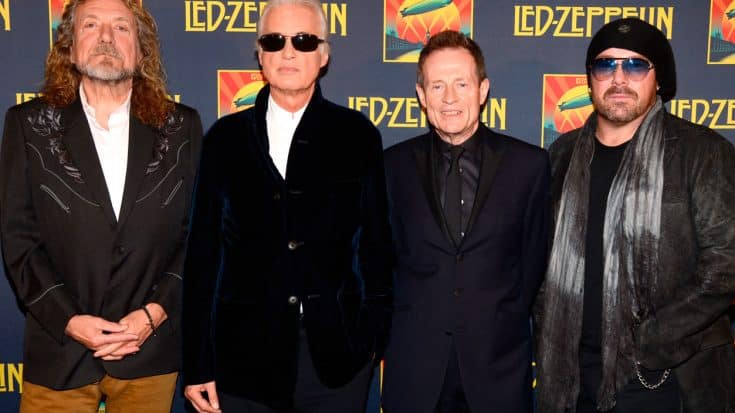 With Led Zeppelin’s 50th anniversary right around the corner, there are still more questions than answers. Robert Plant hinted last week at getting together with surviving bandmates John Paul Jones and Jimmy Page to discuss possible ways to celebrate their 50th anniversary, but one new piece of information might change the whole game, thanks to Jason Bonham.

Bonham, 51, reports that he was told by Led Zeppelin to change the name of his band – Jason Bonham Led Zeppelin Experience – to allow them to use it in a campaign marking its 50th anniversary this year. Surprisingly, he was okay with it; Bonham only asked to keep the logo.

“I was like, ‘Um, okay, but I need to keep the logo, JBLZE,’” Bonham said. “One, I have the tag on my car, and two, I have a huge backdrop that I paid for last year. For me it’s about the music.

So the name of it — I just wanted to keep the logo. So I said, ‘I got it. Jason Bonham’s Led Zeppelin Evening.’

If Led Zeppelin plan to use The Led Zeppelin Experience in their campaign, what could that possibly mean for fans itching to properly celebrate Led Zeppelin’s 50th anniversary? As far as we know, “There will be a celebration, I’m sure, somewhere” according to an interview with Robert Plant just last week, paired with “a book of photographs and stuff” for fans to look back on and maybe a few neat little previously unheard releases. Don’t get too excited by Jason’s band’s name change, though – he’s every bit as in the dark as we are.

“I don’t know what they have planned, but I said, ‘Okay, I will clear the way so they can do what they wish.’”

Whatever this Led Zeppelin Experience is, we can guarantee you that it’ll keep folks talking and definitely live up to its promise to be just that – an experience!