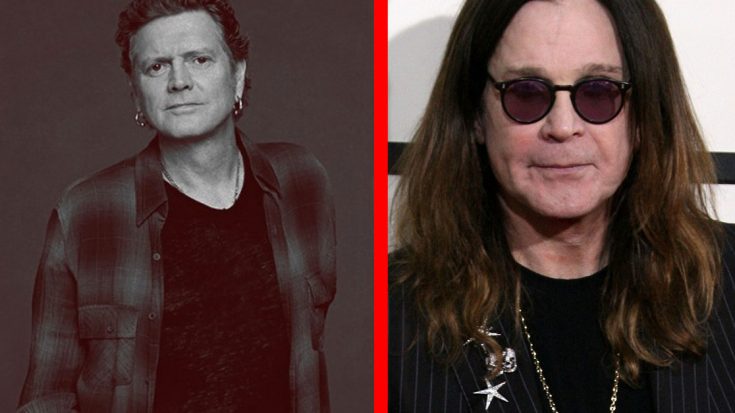 Def Leppard’s Rick Allen has more than earned his stripes – er, spots, that is – in the rock world; drumming from the age of 9, Rick’s world was forever turned upside down when an automobile accident in late 1984 took his left arm, delivering what would have and by all rights, should have, been a killing blow to his career.

His courage and fighting spirit prevailed, however, and saw the drummer back in action and resuming his rightful place behind his kit with Def Leppard, though his journey wasn’t an easy one; in 1986, Def Leppard appeared at Donington for their first major gig following Rick’s accident two years earlier, an event that understandably made the drummer quite nervous. However, nervous excitement gave way to a feeling of shame as another artist on the bill, Ozzy Osbourne, kept talking about Def Leppard and the “freak show” getting onstage with them.

“Until that point I was in a world of my own. And then I started to come back down to earth and go: ‘Maybe I am a freak,'” reveals Rick.

Fortunately, Ozzy’s unkindness didn’t phase Rick, who proceeded to get onstage and rock the hell out of Def Leppard’s massive audience in a career defining performance that left Ozzy eating his words and calling him to apologize. More than 30 years after Rick triumphed at Donington, there’s no bad blood between him and the “Crazy Train” singer – Rick brushes it off these days as another case of being young and saying things you regret after the fact, and the fact that he can still be found behind his kit and inspiring people around the world as they face their own seemingly insurmountable battles is a testament to both his fighting spirit and just how wrong Ozzy was!