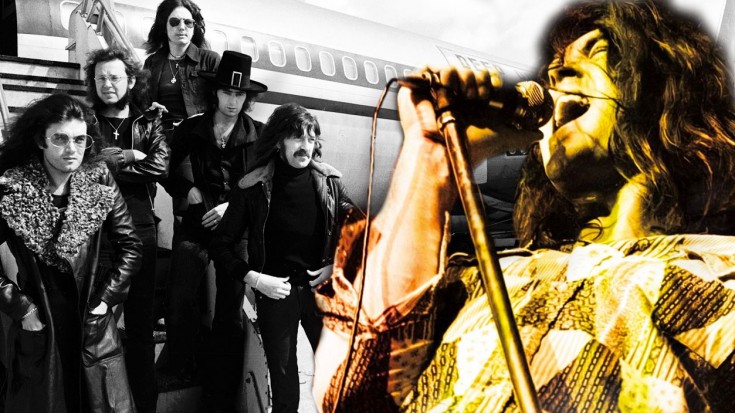 “We All Came Out To Montreux…”

Leave it to a band recording an album to take the ordinary and make it extraordinary! English rock band Deep Purple did just that when they turned a fire at a Frank Zappa concert in Montreux into their best known song, ‘Smoke On The Water’. That night saw chaos in the form of an overzealous fan’s flares setting the venue on fire and the destruction of Frank Zappa’s equipment, but it also saw the birth of a song that would literally change rock music forever.

The lyrics to ‘Smoke On The Water’ tell the story of that night, narrated by singer Ian Gillan:

No, Really – This Actually Happened!

As Deep Purple was preparing to record their album Machine Head after a Frank Zappa concert, an overzealous fan set the venue on fire. Bassist Roger Glover observed the smoke rolling over Lake Geneva, and once he mentioned that ‘smoke on the water’ would make for a great song title, Deep Purple ran with it.

‘Smoke On The Water’ was born after Ian narrated the event in the form of lyrics and guitarist Ritchie Blackmore quickly added the riff. Over 40 years later, the song that Deep Purple wrote to work out the strange events of that night still endures and is even the go-to for beginning guitar players when it’s not being demanded at every Deep Purple reunion show, that is!

+ Smoke On The Water lyrics +

We all came out to Montreux
On the Lake Geneva shoreline
To make records with a mobile
We didn’t have much time
Frank Zappa and the Mothers
Were at the best place around
But some stupid with a flare gun
Burned the place to the ground
Smoke on the water, fire in the sky

They burned down the gambling house
It died with an awful sound
Funky Claude was running in and out
Pulling kids out the ground
When it all was over
We had to find another place
But Swiss time was running out
It seemed that we would lose the race
Smoke on the water, fire in the sky

We ended up at the grand hotel
It was empty cold and bare
But with the Rolling Stones truck thing just outside
Making our music there
With a few red lights and a few old beds
We make a place to sweat
No matter what we get out of this
I know we’ll never forget
Smoke on the water, fire in the sky