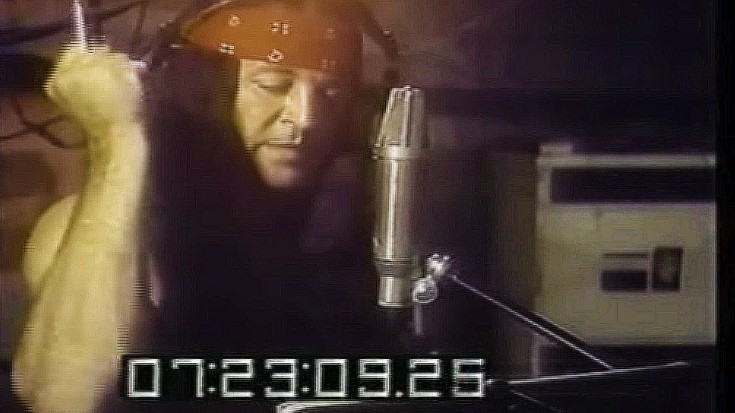 It’s been a busy few days in the rock world; Ozzy is splitting from his wife of 33 years, AC/DC rocked France with a classic they haven’t played live in over a decade, and now, English rock legends Deep Purple have released rehearsal footage over 3 decades old! Originally slated to be the official music video for “Under The Gun” from 1984’s Perfect Strangers, the footage you’re about to see features the band’s Mk II lineup of Ian Gillan, Ritchie Blackmore, Jon Lord, Ian Paice and Roger Glover together for the first time since 1973 but was unfortunately never released as planned.

Though it’s been bootlegged over the years, this is the first time that Deep Purple have acknowledged it, making it available on their official YouTube channel with the following message:

“This incredible vision has been lost until now, some 32 years after the track’s release, and includes extended guitar parts,” the band writes.

Not only is “Under The Gun” a pretty killer tune, if you stick around until the end of the video there’s a special behind the scenes moment in the studio featuring singer Ian Gillan. Be sure to check out this piece of Deep Purple history in the footage below – it’s a real must see for fans everywhere!