David Muse Of Firefall Passed Away At 73 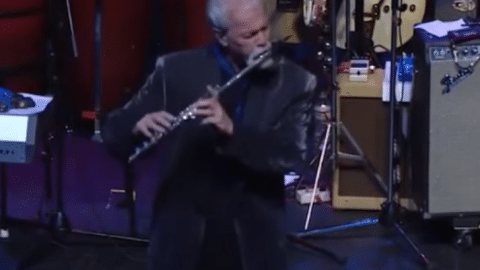 At the age of 73, David Muse, the long-tenured multi-instrumentalist of Firefall, passed away.

The artist was born in Rome in 1949. His early musical career was spent by bouncing through various bands after he eventually latched with Firefall in 1975. He joined the lineup that also includes Rick Roberts (guitar, lead vocals), Larry Burnett (guitar, vocals), Jock Bartley (guitar, vocals), Mark Andes (bass) and Michael Clarke (drums).

The band released a steady stream of albums through the ‘70s and early ‘80s, with Muse providing flute, sax and keyboard parts. Their 1976 self-titled debut album was certified platinum, buoyed by the success of their Top 10 single “Your Are the Woman.”

Firefall’s classic lineup disbanded in 1981, but though various incarnations of the group with new members, it continues to record and toured for several years. While, Muse, stayed busy over the years. He recorded solo instrumental material and contributed to work with other artists.

Soon after, he rejoined Firefall as a full-time member in 2011. He also formed the short-lived band Boulder County Conspiracy, which featured several of his previous Firefall collaborators.

In total, Muse appeared on more than 25 albums across his more than five-decade career. He was inducted into the Colorado Music Hall of Fame in 2014 alongside the other members of Firefall.

In early 2020, he was diagnosed with cancer. A GoFundMe page that had been set up to help him cover medical costs noted that it was not his “first encounter with this awful disease, but he had beaten it before and felt confident that he could do it again.”

Excess money raised through the GoFundMe account will now go towards any outstanding medical bills and final expenses as per his immediate family members. Upon confirmation of his death, Firefall made a statement through their official Facebook page saying:

“It is with a heavy heart that we must announce that our friend and loved one, David Muse, has lost his ongoing battle with cancer.

“David passed peacefully at home on Saturday morning with his wife Patty at his side. While we are heartbroken, we take solace in the knowledge that he is no longer in pain. His love and wonderful memories will stay with us forever and he will never be forgotten.”