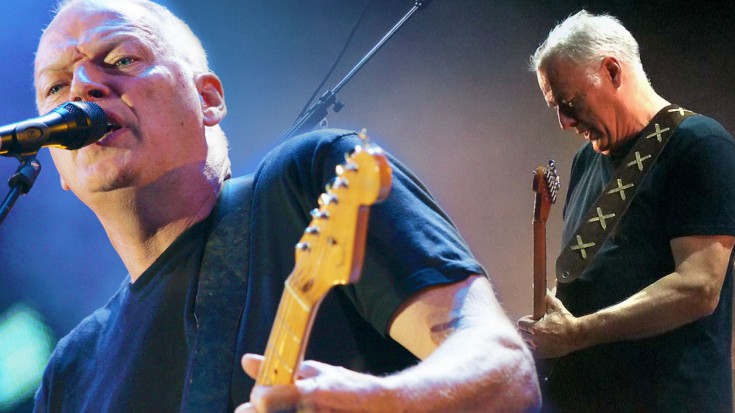 Widely (and highly!) regarded as one of the best and most innovative rock guitarists of the last 50 years, Pink Floyd’s David Gilmour is a force to be reckoned with! He’s a first class guitarist, writing complex guitar parts that are both textured and musical; the only thing better than witnessing David’s technical skill is watching him translate that technical skill to an acoustic guitar.

This acoustic, unplugged performance of Pink Floyd’s ‘Echoes’ at Abbey Road Studios is a testament to the man’s innovation and pure gift for arranging and composing.

With ‘Echoes’, Roger Waters said he was attempting to describe “The potential that human beings have for recognizing each other’s humanity and responding to it, with empathy rather than antipathy.”

This performance even features the late Richard Wright, an integral part of Pink Floyd’s sound!

He contributes the organ and keyboard effects, and his quiet intensity on the keys was such a great counterbalance to David’s brash approach to guitar playing.

Easily one of my favorite Gilmour performances, hands down – if that opening acoustic guitar lick doesn’t get you, then surely the intimate setting and relaxed jam session feel at one of the most iconic recording studios in history will!