David Bowie Snubbed By Grammys For Album Of The Year In Favor Of…Justin Bieber!? 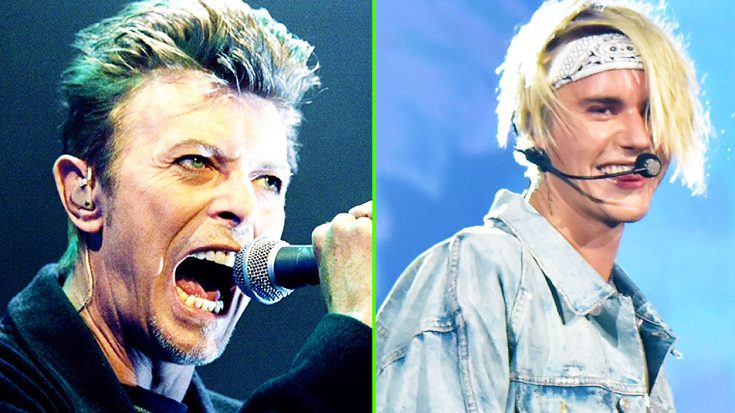 You aren’t hallucinating. You read that headline correctly. That’s right, it’s true. David Bowie’s final album Blackstar, which was released on his 69th birthday and two days prior to his death, was shafted by the Recording Academy for this year’s Grammy for Album of the Year. The nominees were announced earlier this week, and had some surprises. This was one of the biggest. But it gets worse….

One album that IS up for Album of the Year, is Justin Bieber’s Purpose. A Justin Bieber album beat out David Bowie. How? Why? This is completely ridiculous, and further validates that the Grammy’s have fallen deeper into the category of being an award show that means nothing.

First off, the nominees and winners are selected by a committee, therefore, there’s no fan vote. That’s fine, and I agree fans shouldn’t vote for Grammys, but the academy has had a long history of being incredibly inconsistent. One year it will seem like they vote based on opinion, while the next it’s on popularity, and in some years they’ll vote based on how records sell. The Grammy’s need to pick a standard of voting and stick with it.

Sonically, Bowie’s album was much better! No discredit to Bieber because his album wasn’t actually that bad, it’s just that Bowie’s legacy showed through on Blackstar and put it way over the top music-wise.

Popularity-wise, these albums pretty much tie. Both albums were incredibly popular, and Blackstar‘s popularity grew (sadly) after Bowie’s death. Either way, we feel Bowie was robbed of the chance to earn this award. Not saying he would have won, because the competition this year is difficult, but he should have at least been given the chance.

We just have to remember music is relative, and everyone is allowed to have their own tastes. So don’t take the Grammy’s too seriously and certainly don’t let it dictate your music taste!