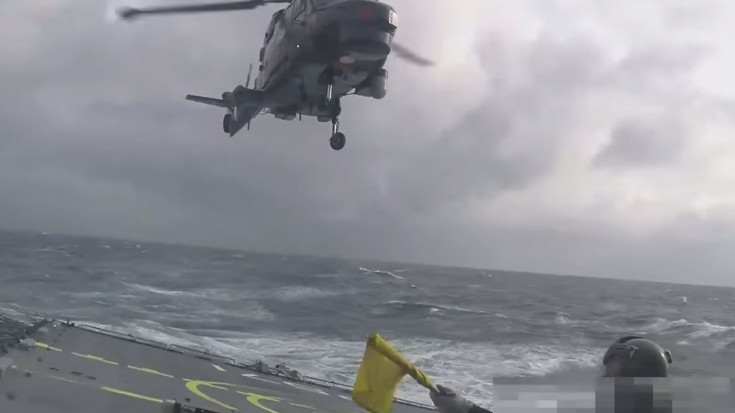 Mad Skill With The Lynx Helicopter

Here is some footage of one of the most intense landings you will probably ever see. Flying a chopper is hard enough. Some might say one of the most difficult aircraft to get a handle on, itself. Then landing any aircraft on a moving target such as a ship is also tough. Now combine it when some unstable elements and you have a disaster just waiting to happen. But, thanks to some serious piloting skills, plus a state-of-the-art machine like the Lynx helicopter, you can accomplish an insane landing on a rocking deck. It sways side to side so much, it almost seems like the darn ship is at a 45 degree angle. There is a lot of teamwork here to make this landing happen.