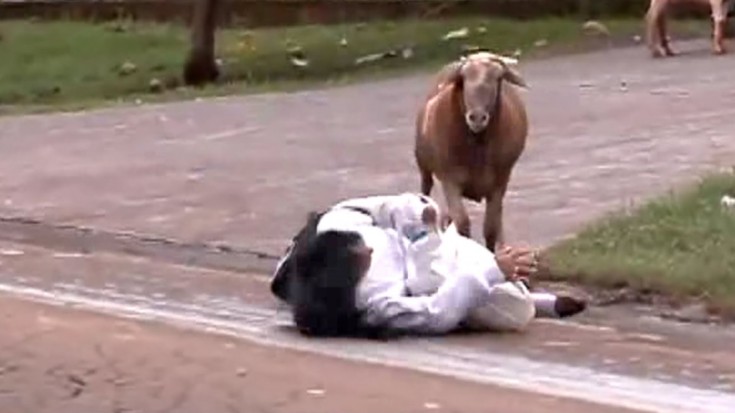 This Goat Don’t Mess Around

There’s something about goats that’s just so funny. Can’t really pinpoint it, but this particular goat is badass. I mean, this goat ain’t afraid of jack you know what. He knocks down this poor old woman. Lol. It’s freaking hilarious. It goes after a couple on a motorcycle and knocks them down. They totally underestimated it. He then goes after this one dude who tries to fight back. Dude even kick the goat, and it does absolutely nothing. Chases the dude down and wrecks him. This goat is badass. This goat is metal.