Conan O’Brien Teaches Kindergarteners How To Play Blues.. And We Can’t Stop Laughing! 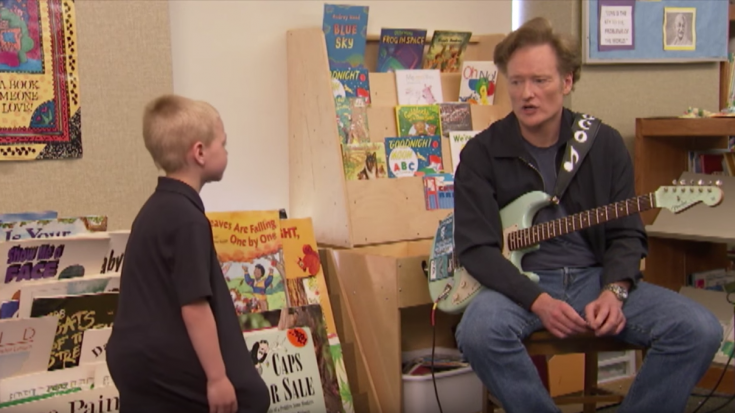 As of right now, Conan O’Brien is one of the most popular late night talk show hosts in television. It’s almost always guaranteed that when a segment from Conan’s show gets uploaded on youtube that it’ll go viral within minutes.

Sure, that’s the case for almost all late night talk show hosts, but Conan is truly something special. In the video we have here, it is no different. Conan O’Brien knows just how to keep his audience laughing for days and days. Myself included!

What you’re about to watch is a video in which Conan O’Brien takes to his electric guitar and proceeds to write blues songs with a group of young kids.

This video is just too hilarious for it not to go viral. What makes this video great is that it hardly even has any guitar playing and it’s more so just Conan talking to the kids. See for yourself!