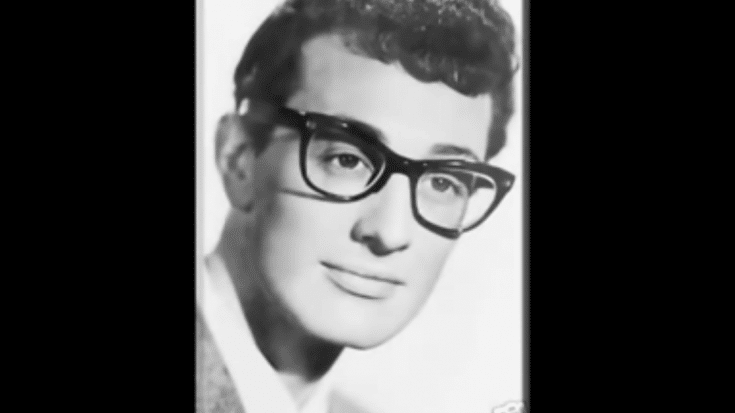 No one can foresee accidents but the fact of the matter is, some of these were preventable because back then, authorities on aviation safety weren’t as strict as they are now. And the result is the death of our beloved rockstars who were gone way too soon. From pilot error to aircraft problems, let’s take a look at these rock legends who died in aircraft crashes.

One of the most influential singers of the 20th century, she performed at the Soldiers and Sailors Memorial Hall, Kansas City, Kansas on March 3, 1963. It was a benefit concert for disc jockey “Cactus” Jack Call who passed away following a vehicular accident. She failed to fly out the next day since the Fairfax Airport was fogged in. Dottie West suggested a 16-hour drive to Nashville along with her and her husband Bill but Cline said, “Don’t worry about me, Hoss. When it’s my time to go, it’s my time.” On March 5, Cline boarded a Piper PA-24 Comanche plane. Pilot Randy Hughes was told by the airfield manager to stay in Dyersburg, Tennessee because of high winds and inclement weather. Hughes refused and the plane took off.

It crashed 90 miles from its destination. The pilot and all the passengers were killed instantly.

Otis Redding and his band appeared on a TV show in Cleveland and were set to perform next in Madison, Wisconsin. Traveling on Redding’s Beechcraft H18 airplane, there were warnings about the bad weather but all of those were ignored and the private plane still took off. Four miles short of the runway at Truax Field in Madison, it crashed into Lake Monona. There was only one survivor – Bar-Kays member Ben Cauley. The cause of the crash remains unknown.

On December 31, 1985, Ricky Nelson was flying from Guntersville, Alabama, to a concert in Dallas, Texas. The plane, a Douglas DC-3, already had a history of mechanical problems. It crash-landed and burned, killing all seven passengers. The only survivors were the two pilots.

John Denver passed away on October 12, 1997. He was piloting his Rutan Long-EZ plane when it crashed into Monterey Bay near Pacific Grove, California. Denver had more than 2,700 hours of experience and wasn’t legally allowed to fly at the time. He suffered from multiple blunt force trauma resulting to his death.

One of the most tragic deaths in rock, Lynyrd Skynyrd boarded their chartered plane Convair CV-240 after a gig at the Greenville Memorial Auditorium in Greenville, South Carolina. They were on their way to Baton Rouge, Louisiana for a concert. The aircraft ran out of fuel so the pilots attempted an emergency landing before crashing into a wooded area five miles northeast of Gillsburg, Mississippi. Lead vocalist/founding member Ronnie Van Zant, guitarist and vocalist Steve Gaines, backing vocalist Cassie Gaines (Steve’s older sister), assistant road manager Dean Kilpatrick, pilot Walter McCreary and co-pilot William Gray were all killed on impact while the others survived but sustained serious injuries.

Along with his rock ‘n roll buddies “The Big Bopper” J. P. Richardson and Buddy Holly, Ritchie Valens died when three-passenger Beechcraft Bonanza they chartered crashed mere minutes after takeoff. The cause of crash was never determined. Valens was just 17 years old.

On August 27, 1990, guitar and blues legend Stevie Ray Vaughan passed away following a helicopter crash near East Troy, Wisconsin. Eerily, he told his bandmates a day before about a dream he had where he saw thousands of mourners in his own funeral. The Bell 206B Jet Ranger crashed into a ski slope less than a kilometer from takeoff.

According to Ozzy Osbourne, one of the last things Randy Rhoads told him was about his heavy drinking. Rhoads said, “You’ll kill yourself, you know? One of these days.” The band was at Flying Baron Estates in Leesburg, Florida where they stopped for a bit to fix their air-conditioning unit. There was an airstrip on the property and so their tour bus driver and private pilot Andrew Aycock decided to buzz the bus by taking a single-engine Beechcraft F35 plane. Rhoads and makeup artist Rachel Youngblood got onboard too – Rhoads was actually afraid of flying but wanted to take aerial photos to give to his mother.

During the third pass, one of the plane’s wings clipped the tour bus which caused the aircraft to spiral out of control. All three were killed and burned beyond recognition.

Jim Croce was ready to retire from the music industry and just stay at home with his family. Touring took a toll on him and he wanted to be there to watch his son grow up. But on September 20, 1973, Croce’s chartered Beechcraft E18S crashed into a tree during takeoff – killing him and five others. They were flying to Sherman, Texas for a concert. The cause was pilot error.

Dubbed as “The Day The Music Died,” Holly, Ritchie Valens, and “The Big Bopper” J. P. Richardson died at a plane crash near Clear Lake, Iowa. Soon after takeoff, the pilot lost control of the Beechcraft Bonanza and crashed into a cornfield.