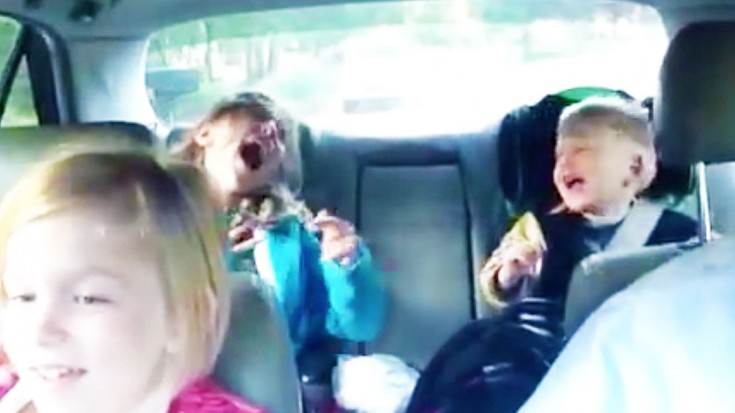 Dad Of The Decade

What a way to start off a morning with your children- the apples of your eye, rocking out to one of the greatest rock and roll songs ever constructed and performed: Queen’s “Bohemian Rhapsody.”

On his way taking to his children to school, Father of the Year, Robert Parker made it a habitual routine to showcase and share Freddie’s greatest song with his two daughters and son; so much so that they actually learned all of the words to the complex song and simultaneously rocked out to it with each other.

Interesting Fact: Mercury may have written “Galileo” into the lyrics for the benefit of Brian May, who is an astronomy buff. Galileo is a famous astronomer known for being the first to use a refracting telescope.

This video is actually great enough to view at least 3 times, to watch each of the children’s individual reactions throughout the song; their faces light up, smiles widen, the arms come up, heads start to bob and shake and before you know it they’re rocking the kick ass rock and roll finger salute while they enjoy one of the greatest songs ever made.

Granted we wish that was a routine of ours growing up, but we think it is safe to say that Robert’s kids are going to be rockers with great taste. Something tells us that he is okay with that, however!

Is this the real life?
Is this just fantasy?
Caught in a landslide,
No escape from reality.

Open your eyes,
Look up to the skies and see,
I’m just a poor boy, I need no sympathy,
Because I’m easy come, easy go,
Little high, little low,
Anyway the wind blows doesn’t really matter to me, to me.

Mama, just killed a man,
Put a gun against his head,
Pulled my trigger, now he’s dead.
Mama, life had just begun,
But now I’ve gone and thrown it all away.

Mama, ooh,
Didn’t mean to make you cry,
If I’m not back again this time tomorrow,
Carry on, carry on as if nothing really matters.

Too late, my time has come,
Sent shivers down my spine,
Body’s aching all the time.
Goodbye, everybody, I’ve got to go,
Gotta leave you all behind and face the truth.

Mama, ooh (anyway the wind blows),
I don’t wanna die,
I sometimes wish I’d never been born at all.