Christine McVie Plays A Breathtaking Performance of ‘Songbird’ On BBC, And We Can’t Get Enough Of It! 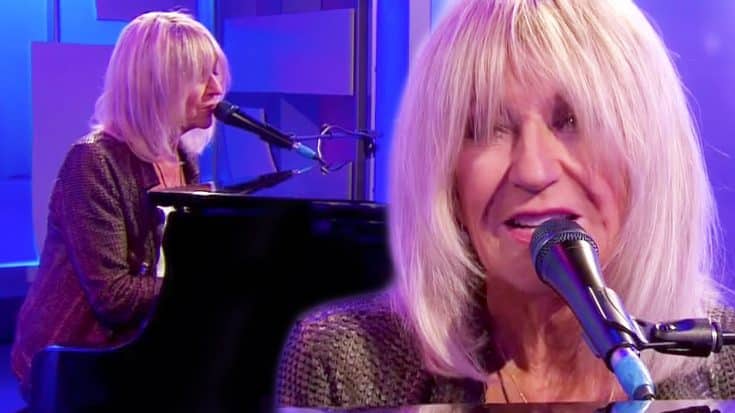 This is one of her best performances yet!

This year, Christine McVie has been on a roll. She recently teamed up with fellow Fleetwood Mac member Lindsey Buckingham, and released a duet album that is taking the rock world by storm. In addition to that, her and Fleetwood Mac are preparing for a 2018 world tour!

In promotion of these amazing occasions, Christine traveled to the UK for an appearance on BBC’s The One Show. She sat down for an interview and discussed the new album, and announced the upcoming tour. But what really blew us away, was her performance of Fleetwood Mac’s “Songbird!” The performance is strictly on the piano, and her voice sounds absolutley incredible! This was McVie’s shining moment on the album Rumours, and she stole the show and solidified her impecable talent with this performance!

Fun Fact: This is a very personal song for McVie about the self-sacrifice of true love. Christine McVie has said that this song held Fleetwood Mac together during their hard times (while recording Rumours). Once the members heard this song, they thought how much they had been through and how much love they shared.

Check out the amazing performance down below and let us know what you think!