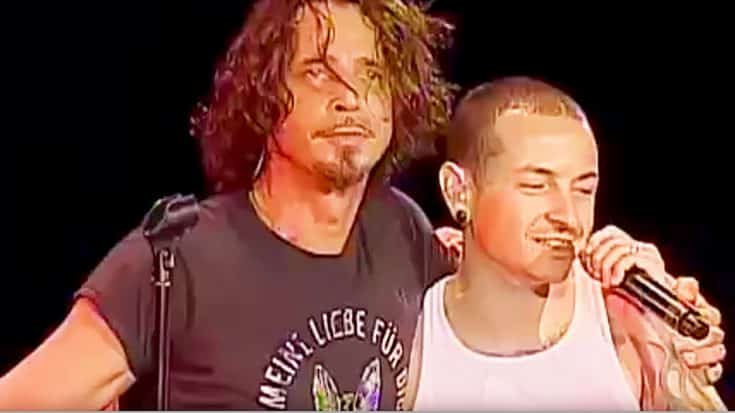 These last few months have been incredibly rough for rock n’ roll music. Back in May, we lost Chris Cornell, who’s iconic voice helped lead the way for rock and grunge music in the 1990s. Yesterday, tragedy struck once again, when Chester Bennington of Linkin Park took his own life. Coincidentally, Chris and Chester were best friends and the day Chester took his life, it would’ve been Cornell’s birthday.

Chris and Chester were very close, as you could imagine, and shared the stage together on many occasions. They were both highly regarded for their incredible voices and when they hit the stage together, they would usually turn in performances that would blow people away. This one in particular, will do just that. Chester once joined Chris on stage for a breathtaking cover of Temple of the Dog’s “Hunger Strike.” When Chester takes the stage, he immediately embraces Chris and the two proceed to belt out incredible vocals on this difficult track. It’s a beautiful performance, but watching it now is very emotional.

We hope, wherever they are, they are some how reunited, because we sure miss them as individuals and together. Check out the video down below, and join us in paying respects to Chris and Chester. RIP.