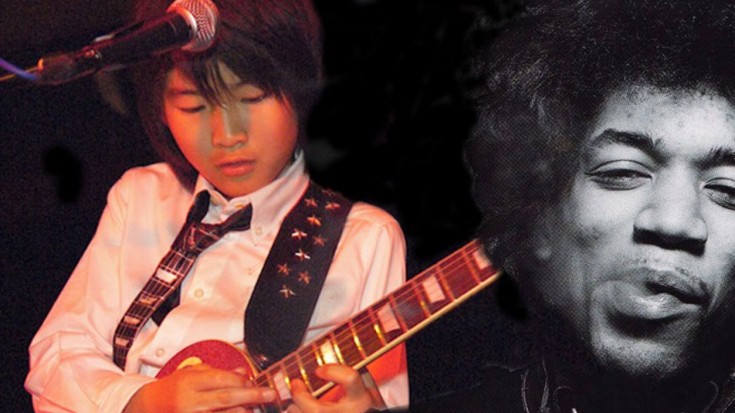 Wow. Just, wow. There aren’t many adults that know their way around a fretboard well enough to imitate Jimi Hendrix and his iconic rendition of “The Star Spangled Banner”, so when young prodigy Yuto Miyazawa picked up his Rhoads edition Flying V and began to absolutely slay the original, he had people more than somewhat blown away. If this is the next generation that will preserve the legacies of the greats, then I can rest easy tonight.

“The Star Spangled Banner” made its way into rock music history when in the summer of 1969, Jimi Hendrix took the stage at Woodstock and proceeded to shred through the American anthem on his Fender Stratocaster, using heavily distorted regressions and his whammy bar to simulate the song’s “rockets” and “bombs”. I can’t wait to see what else Yuto does with his guitars – so far, he’s graced the stage with legends like the late Les Paul, G.E. Smith, and even Ozzy Osbourne to tear through what is personally my favorite song of all time, “Crazy Train”. Check him out – you’ll be just as blown away as I was!