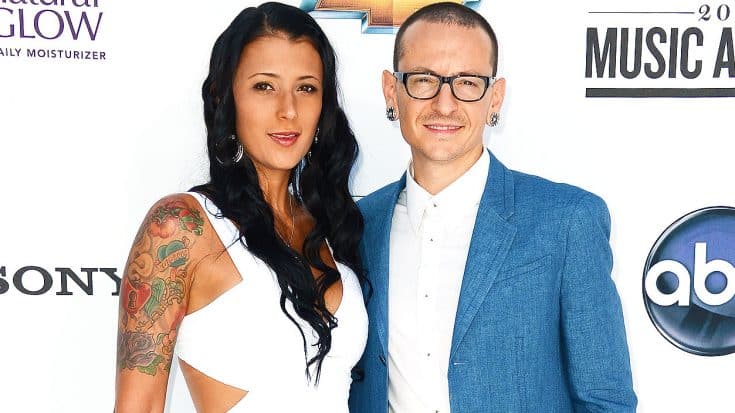 He masked his pain with a smile….

It’s been about a month and a half since Chester Bennington of Linkin Park unfortunately took his own life. His suicide came as a shock to everybody, and really opened the door for mental health and depression awareness.

Following his suicide, his wife Talinda Bennington has been one of the leading forces in opening the awareness, starting the conversation and crushing the stigma that is commonly attached to suicide, mental health and depression. On Twitter, Talinda shared a touching, yet heartbreaking family picture the Benningtons took shortly before Chester took his life. The picture shows Talinda, Chester and his children at a park or beach overlooking the water. Everyone in the photo has the biggest smile on their face, including Chester. He looks like he’s the happiest he’d ever been. But it hurts looking at the photo, because you just know he was hurting so much inside.

The picture is down below and you can see for yourself. We are continuing to send thoughts and prayers to Chester and his family during this tough time.

This was days b4 my husband took his own life.Suicidal thoughts were there,but you’d. Never kmow. #fuckdepression pic.twitter.com/2IPXxXJxmT

****You rock. Each and every one of you, and you matter. If you or someone you know is struggling to make it to the next sunrise, you’re not alone. Please, please, please reach out and get help – it can, does, and will get better.**** smarturl.it/SPL