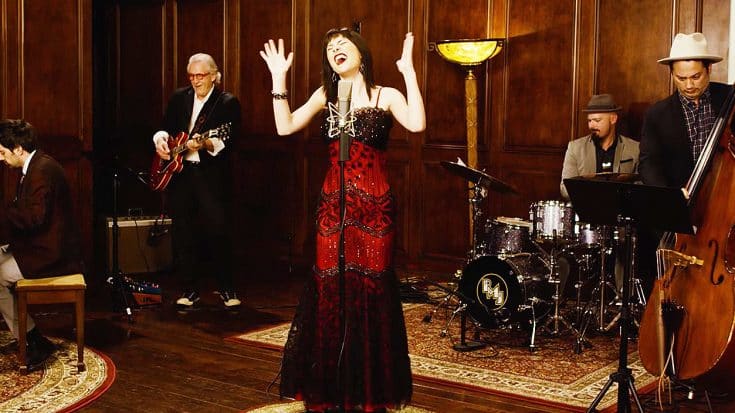 The hit that skyrocketed Cheap Trick into stardom in 1977 was “I Want You To Want Me.” The song reached massive success, and became a teen anthem during the times. The song reached bigger heights when it was released on their Cheap Trick at Budokan live album. The live version eclipsed the studio version in popularity.

“My recollection is that [songwriter Rick Nielsen] did that song as a bit of a joke, because at the time when we had done that song there was a lot of pop music on the radio—ABBA, and all sorts of things, disco, [Rick thought] ‘I’m just going to do an over-the-top pop song. I just want to do one that’s so silly—total pop—and then we’ll do a heavy version of it.’ He didn’t know what was going to happen with it. The idea was to have it like a heavy metal pop song. Cheap Trick doing ABBA—except a very heavy version.” – Bassist Tom Petersson told Classic Rock magazine

If you’ve ever thought that this song couldn’t be reworked into a vintage blues classic, think again! PostModern Jukebox took this song, and reworked it into a 1940’s-style blues classic, and the result is something you have to hear! First off, the song is slowed down, and the lyrics are drawn out a little more. The drum groove is scaled back and the vocal performance by Sara Niemietz is next level! It’s definitely something you have to hear to believe!

This is one of our favorite songs here at Society Of Rock, and this might arguably the best cover we’ve seen of it! So if you’re in to Cheap Trick, vintage blues and amazing covers, check this out! You won’t be disappointed!