Charles Connor, Drummer For Little Richard Passed Away At 86 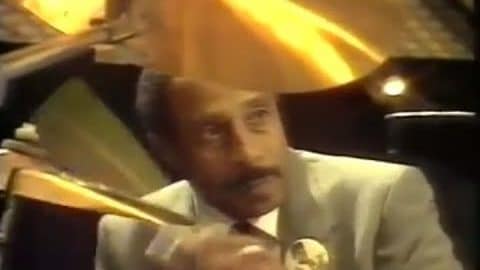 Charles Connor, best known for playing alongside Little Richard in the 1950s, has passed away on Saturday at the age of 86. His daughter, Queenie Connor Sonnefeld, confirmed his death to Associated Press and said that he died peacefully in his sleep. He was under hospice care in Glendale, California for normal pressure hydrocephalus.

“He was one of those drummers that was a bricklayer of creating that rock ‘n’ roll genre,” she told AP. “He played behind so many legendary musicians in the 1950s. He was a loving grandfather and was very proud of his family and took a lot of pride in his contributions to rock ‘n’ roll.”

He started playing the drums after his parents bought him his own kit at 5 years old. An influential drummer, Connor pioneered the “choo-choo train” rhythm, which can be heard on “Keep a Knockin’”. He started working with Little Richard’s band the Upsetters at 18, and even appeared with Richard in the films The Girl Can’t Help It, Mister Rock and Roll, and Don’t Knock the Rock.

Connor also performed with other music legends like James Brown and Sam Cooke. In 2010, Connor was inducted into the Louisiana Music Hall of Fame. He was reportedly working on his autobiographical documentary at the time of his death.