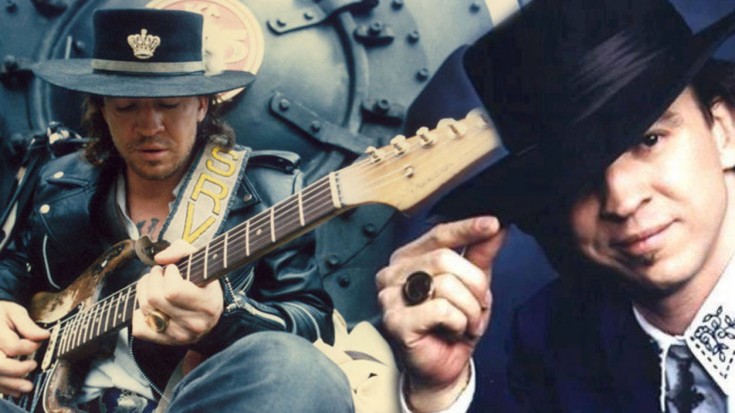 We Miss You SRV

On this day, our beloved Stevie Ray Vaughan was born in Dallas Texas just 61 years ago, with an innate attraction to the guitar. Inspired by his older brother, Jimmie, Stevie was playing the guitar by 7 years old and even dropped out of high school to pursue his dream career.

After moving to Austin in his teens, he aspired to travel from band to band like the Nightcrawlers and the Cobras until he decided to start his own band, Triple Threat Revue, later named Double Trouble.

His iconic 10 minute performance of “Texas Flood ” at the Montreux Jazz Festival in 1982 catapulted Stevie into a spiraling growth of fame that eventually led to his first album, Texas Flood that reached number 38 on the charts.

For years after his rise to fame, Stevie headlined for greats like Joe Cocker and Jeff Beck until his untimely and unfortunate death in 1990, at just 35 years old.

Interesting Fact: David Bowie saw Vaughan at the Montreux Jazz Festival where initially a few members of the audience, who disliked his hard blues sound booed Vaughan, though most of the crowd cheered him.

We will never forget this angel and mourn his loss often, Stevie would have been 61 years old this year..

Heaven gained a rock legend and angel the day you passed buddy. Love ya