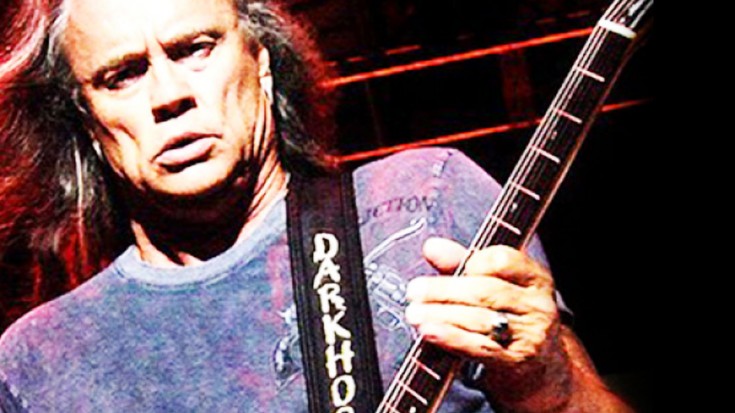 A Sioux Star Is Born

Born on February 17, 1950 to blues inspired, Native American grandfather Shorty Medlocke, Rickey Medlocke, future guitarist, back up drummer and back up vocalist of Lynyrd Skynyrd came to be. With a banjo in his hands, Medlocke was able to perform on stage at the age of three, played guitar by 5 and was playing drums for Shorty’s band by age 8; to say that Rickey was and is a prodigy is an understatement.

Rickey’s impressive musical talents did not plateau with the drums and guitar however, as he went on to master the mandolin, keyboards and even the dobro- a wood-bodied, single cone resonator guitar. He started his first band just after graduating high school, Fresh Garbage, as the lead vocalist with heavenly melodic pitch, epic guitar work, and a professional work ethic at a young, but experienced age.

Also residing in Jacksonville, Florida, along with Skynyrd, Blackfoot endured many complexities and adjustments as the years went by. Starting out as “Fresh Garbage,” morphing into “Hammer” with the loss of keyboard player Sciabarasi and following the Spires, Gibbs and Zambito additions, the band eventually relocated to Manhattan in 1970.

After another name change due to complications with another band, Medlocke decided to rename the band, once again, to Blackfoot, based on his own and bandmates Spires and Walker’s Native American heritage. Unfortunately for the band, Gibbs quit after they failed to receive a contract under their new name which opened the opportunity of a lifetime for Walker and Medlocke.

During Spring of 1971, both Rickey and Greg accepted Lynyrd Skynyrd’s offer to play back up music for the next year, until Medlocke decided to rejoin Blackfoot again in 1972 with Leonard Stadler, Spires, Danny Johnson and Axis as the main vocalist/ lead guitarist once again. Due to some health complications in ’73, Stadler was replaced by Greg Walker once again and the original Blackfoot was back to its old tricks.

Throughout the 70’s and 80’s, Blackfoot created some incredible music like famous hit “The Highway Song” and “Train, Train” as serious southern rockers, opening for the Who and producing 10 successful albums like No Reservations and Flyin’ High through Muscle Shoals producers Johnson and Hood.

Coincidentally, Rickey was asked to perform on tour with Blackfoot just before the infamous Lynyrd Skynyrd crash in ’77 that unfortunately took the lives of Ronnie Van Zant, Steve and Cassie Gaines and manager Dean Kilpatrick. As the surviving band members at the time suffered from awful, threatening injuries as a result of the crash, Rickey, by sheer luck, missed the incident by a hair and counts himself blessed ever since.

After being on and off with Blackfoot for years and years, Medlocke currently, proudly resides at the head of the Lynyrd Skynyrd table as back up vocalist and lead guitarist for the band. Having worked his way from the sidelines to the spotlight, nothing makes us happier than seeing Rickey’s face (and Sioux tattoo) on stage after all these years. Happy birthday buddy, we love ya.

Just to prove (not that we need to) that Rickey is a talented artist and human being, we have decided to attach some of his greatest vocal tracks that have only added to the already successful name of Lynyrd Skynyrd. Enjoy!

Ain’t Too Proud To Pray