Celebrate Eddie Van Halen’s Birthday With His Craziest Guitar Solo – And No, It’s Not “Eruption” 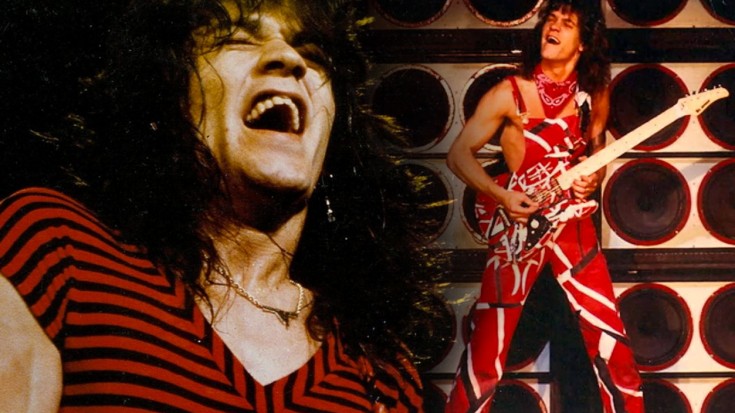 Happy birthday, Eddie Van Halen! Lead guitarist of California rock band Van Halen, Eddie’s considered to be one of the world’s greatest guitarists, and one of the most influential rock guitarists of the 20th century. In fact, he was even named #1 on Guitar World Magazine’s poll of The 100 Greatest Guitarists of All Time, beating out Queen’s Brian May for the coveted top spot. Not bad for a guy who got his start training to be a classical pianist!

While Eddie is known for face-melting solos like “Eruption” that have kids all over the world sharing their own versions of the Van Halen classic to YouTube, it’s worth noting that his talent actually lies pretty far beyond the realm of just fretboard tapping and gut-wrenching divebombs, courtesy of his whammy bar – a self-professed tone chaser, Eddie’s worked tirelessly for decades to create a guitar sound that’s uniquely his and with it, has crafted some of Van Halen’s most unforgettable songs.

Fun Fact: Eddie began his rock and roll journey as a drummer, until realizing brother Alex was better suited to rock the skins.

In honor of ol’ Eddie’s 61 trips around the sun, here’s one of our favorite moments in his career: a 12-minute rager of a solo, performed live in Largo, Florida in 1982 on Van Halen’s Hide Your Sheep Tour.

Happy Birthday, Eddie – here’s to many more years of tapping, shredding, and revolutionizing the way guitars are played!