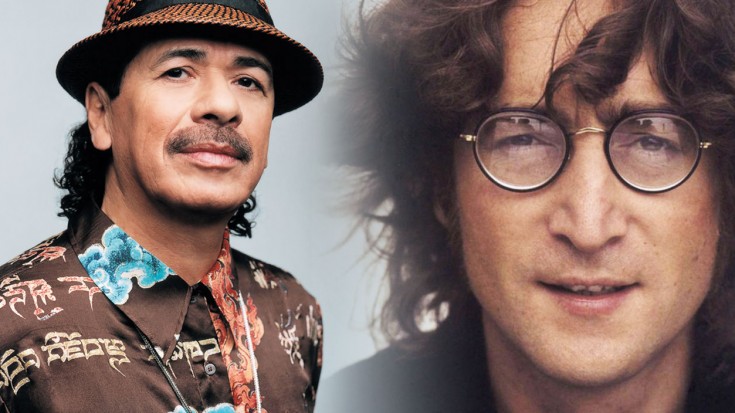 “Imagine” is the best-selling single of John Lennon throughout his entire career. It contained a strong political message despite the sweet melody. It was Lennon’s musical gift to the world. It didn’t just top the charts, it also became one of the most loved timeless classics.

“It’s not like he thought, ‘Oh, this can be an anthem,'” Yoko Ono said, looking back at that morning 30 years later. “Imagine” was “just what John believed: that we are all one country, one world, one people. He wanted to get that idea out.” — Rolling Stone

There’s something about the song — whether the lyrics or the tune — that easily makes one feel emotional. It’s beautiful and magical in every way. Lennon has poured his heart out when he wrote it and the listener can feel that. It doesn’t matter who covered the track — the effect is the same.

In this version, Santana pays tribute to the immortal Lennon song.