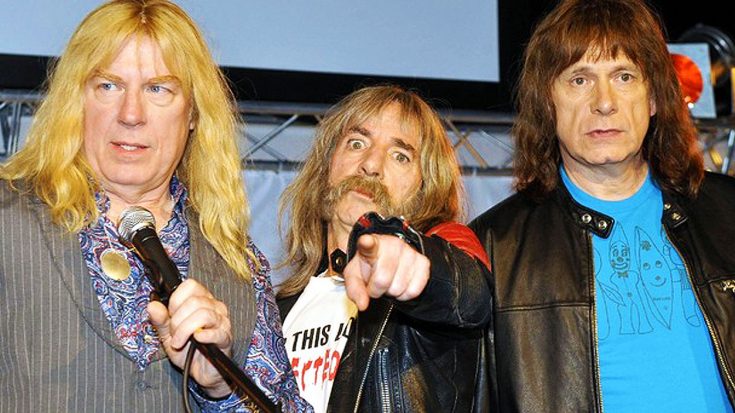 Back in the 80’s British metal parody band Spinal Tap made headlines for releasing a hilarious mocumentary about their “fake” band. The mockumentary, titled This Is Spinal Tap, gained a cult following and was deemed “culturally, historically or aesthetically significant” by the Library of Congress.

Now the film is being brought back into relevancy, because the band has reunited to sue Vivendi and Studio Canal over unpaid royalties. It has been reported that the lawsuit was originally $125 million dollars in damages, but that total has since been more than tripled to $400 million!

The actors/band members of the movie that are filing the lawsuit are Harry Shearer, Christopher Guest and Michael McKean. Director Rob Reiner has also joined in on the lawsuit, and claimed that the actors and himself were only paid $98 in music sales and $81 in merchandise sales over the past few decades. The movie released in 1984, so for 32 years the actors and director have been paid terribly,

Hopefully everything works out in the end, and the actors and Reiner get a bigger share!