Brian Johnson Is Back, And Trust Us – You Want To Hear What He’s Been Cooking Up 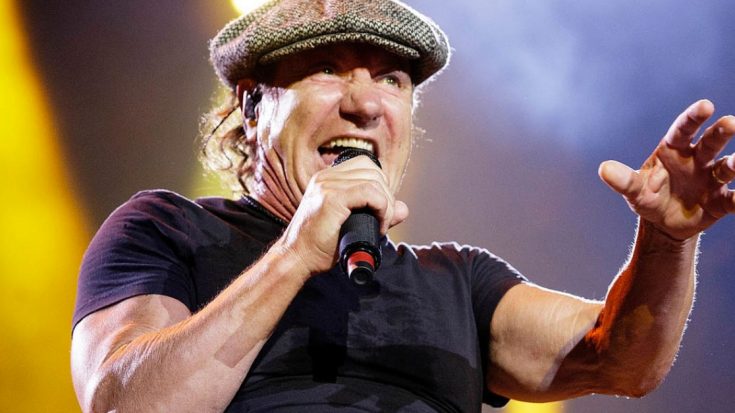 It’s been a long year for Brian Johnson, former singer for Australian rock outfit AC/DC. Thankfully, he hasn’t even begun to let his hearing troubles sideline him from music, making good on his promise back in February that that was not and certainly would not be the last we’d hear from him; this morning, the Greg Billings Band released their song “Good Friends Don’t Come Easy” featuring Johnson, marking the rock legend’s first studio performance since parting ways with AC/DC earlier this year.

A hard rockin’ track about finding your tribe and letting them love you, “Good Friends Don’t Come Easy” isn’t the first time we’ve seen Greg Billings and Brian collaborate; this is another in a long series of collaborations between the two friends, following on the heels of their covers of AC/DC’s own “Dirty Deeds Done Dirt Cheap” and “You Shook Me All Night Long” and fans can look forward to hearing it, as well as a collaboration with Cheap Trick frontman Robin Zander, on the Greg Billings Band’s upcoming album, Boom Boom All Night!.

While there’s still no word as to Brian’s future plans in terms of his hearing and subsequent return to the stage, we’ve gotta admit: it’s so, so, good to hear Brian back in the studio and crushing it note for note again. Hopefully he’ll team up with AC/DC for one last album but if not, we’re absolutely okay with hearing what he’s got to offer us with new bands and even as a solo artist.