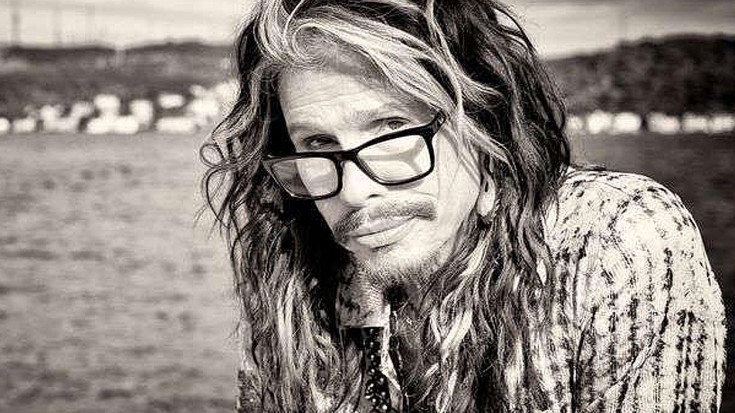 The News Fans And Critics Alike Have Been Waiting For

For years, Aerosmith frontman Steven Tyler has been teasing fans with his first solo album. After a year of promises, singles like 2015’s smash hit “Love Is Your Name” and this year’s rock driven “Red White And You” and solo tour announcements, the moment we’ve all been waiting for has finally arrived: Steven Tyler is officially releasing his debut solo album on July 15th.

Officially titled We’re All Somebody From Somewhere, Tyler’s debut album boasts the country sound the 68 year old rocker has been cultivating for the past few years and combined with a virtual who’s who of Nashville songwriters and backing band Loving Mary, this 13-track country album has been a tremendous labor of love and if Steven’s excitement is anything to go by, should be every bit as awesome as we expect.

“I headed down to Nashville last spring to start working on this project, wrote some kick ass songs with some of Music City’s finest songwriters and now we get to share them with the world on July 15,” Tyler said.

“Country music is the new rock ‘n’ roll. It’s not just about porches, dogs and kicking your boots up. It’s a whole lot more. It’s about being real.”

Due out July 15th on Dot Records, We’re All Somebody From Somewhere is slated to shake up the music industry as one of its biggest legends embarks on a brand new musical journey that promises to be both real and fiercely entertaining. The album’s first single – also titled “We’re All Somebody From Somewhere” – is due out June 24th, so be sure to stay tuned to Society Of Rock to get your first glimpse into one of the most exciting albums of the year!