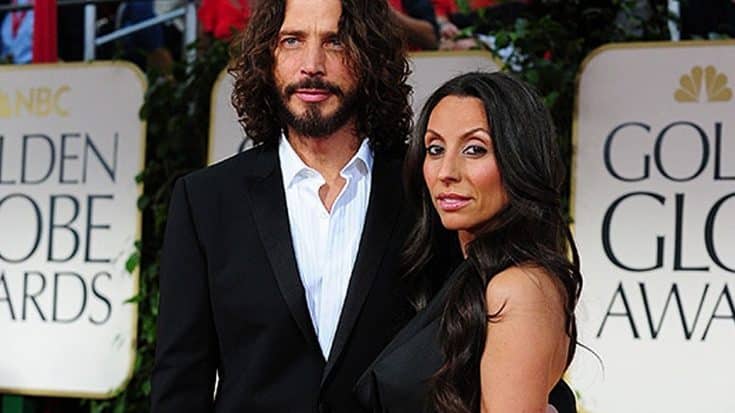 Our hearts go out to the family of Soundgarden frontman Chris Cornell, who was found dead late Wednesday evening at the age of 52. Later determined to be suicide by hanging, Cornell’s death has left those who loved him most with more questions than answers; his wife of 13 years, Vicky, is understandably devastated and confused beyond belief and said that Cornell hadn’t exhibited any signs of suicidal thoughts, disputing the coroner’s official ruling with a theory that holds considerable weight.

Vicky spoke with Chris throughout the evening of May 17th, chatting during soundcheck and again shortly before Cornell took his life roughly one hour after Soundgarden wrapped their show at Detroit’s Fox Theatre. During their final conversation, Vicky says that her husband sounded groggy and was slurring his words; when she expressed concern, Cornell indicated that he “may have taken an extra Ativan or two” and was tired before hanging up.

While Ativan is used to treat anxiety disorders and trouble sleeping, the drug also comes with a myriad of potentially fatal side effects including an increased risk of suicide in depressed users, leading Cornell’s family to suggest that his suicide wasn’t intentional, but the result of a tragic side effect.

“Chris, a recovering addict, had a prescription for Ativan and may have taken more Ativan than recommended dosages,” family attorney Kirk Pasich said.

“The family believes that if Chris took his life, he did not know what he was doing, and that drugs or other substances may have affected his actions.”

The family is currently awaiting toxicology reports to see whether or not Cornell’s death was the result of impaired judgment stemming from the Ativan use and have requested privacy as they navigate the coming days and weeks, but Vicky Cornell issued a brief statement in which she thanked the overwhelming show of love and support from fans and friends alike.