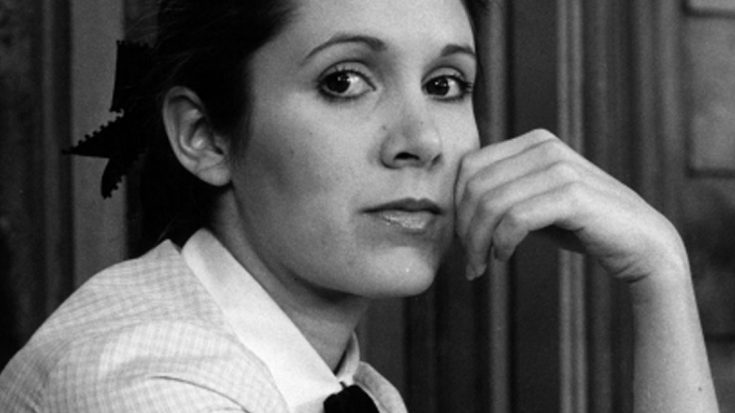 Oh, y’all. This was an announcement we really, really hoped we wouldn’t have to make, but here it is. This morning, the world says goodbye to iconic Star Wars actress Carrie Fisher, who died at the age of 60 following a cardiac event last Friday, December 23rd.

The news was confirmed via a statement made by Fisher’s daughter, Billie Lourd, through family spokesman Simon Halls:

“It is with a very deep sadness that Billie Lourd confirms that her beloved mother Carrie Fisher passed away at 8:55 this morning.

She was loved by the world and she will be missed profoundly. Our entire family thanks you for your thoughts and prayers.”

Born to Hollywood icons Debbie Reynolds and Eddie Fisher and known across the world as Star Wars’ Princess Leia Organa, Fisher was on a flight from London to Los Angeles on Friday, December 23rd when the actress went into cardiac arrest just 15 minutes outside of Los Angeles. Despite being reported as being in stable condition over the Christmas weekend, Fisher passed away early this morning, surrounded by those she loved.

This is all too, too, much. Our hearts go out to Carrie’s loved ones during this extremely difficult time, and we will miss her terribly. May the Force be with you, Carrie.