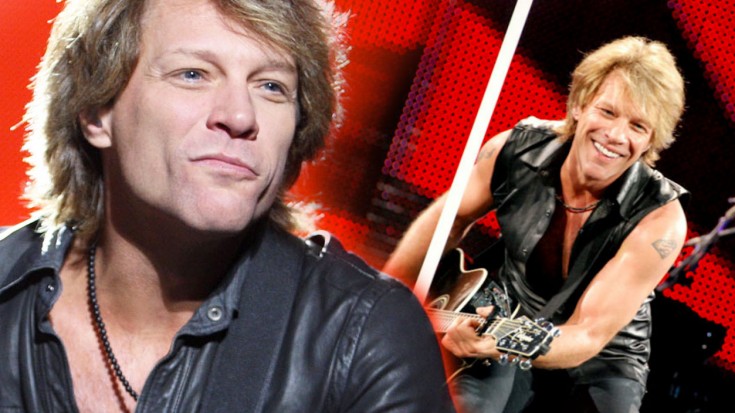 A year following the exit of beloved guitarist Richie Sambora, Bon Jovi finally make their triumphant return with brand new anthem, ‘We Don’t Run’! The track, featured on Bon Jovi’s latest “fan album” Burning Bridges, is everything we’ve come to love about Bon Jovi over the past 3 decades; it’s powerfully anthemic and has an overall message of perseverance through life’s curveballs, and it appeals to the fight in all of us. Quite a statement from a band who no one thought would survive after the exit of a key member!

The Burning Bridges release appears to be a collection of outtakes or other tracks, and is not being marketed as a serious new Bon Jovi album. The band is working on a new album, due out in 2016.

While it’s clearly missing Richie Sambora’s signature touch in the form of one of his blistering guitar solos and backing vocals supporting Jon Bon Jovi, ‘We Don’t Run’ is an amazing first post-Sambora effort for the band and gives us a fantastic glimpse into their future. I think it’s pretty safe to say that we can’t wait to see the band perform this one live – if the chills we’re getting just from a recording are this intense, we can’t imagine what they’ll feel like live!