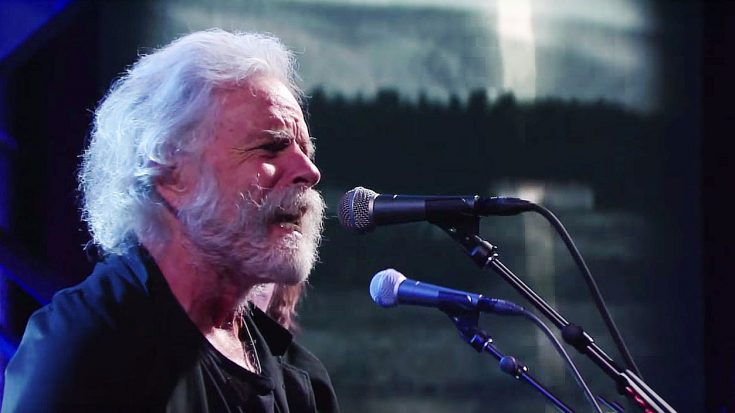 The Man, Myth, and Legend Behind The Grateful Dead Has Returned With Graceful Wonder!

Bob Weir has returned with his first solo album in over a decade titled Blue Mountain. The man has literally never ever ever ever ever ever ever ever disappointed in terms of music, so you can imagine that this upcoming album is going to be the ultimate gift. Still, it has been a while since we’ve gotten solo music from the music legend. Luckily for us, the dark period is over and gone as he has blessed us with new music, and brother, it sounds amazing!

What you’re about watch is a video performance from The Late Show With Stephen Colbert where Bob Weir and his band take to the stage to perform the new hit single off of it titles Lay My Lily Down. i usually don’t like to hype anything up, but I can tell you for sure that this track is awesome. See the performance here!