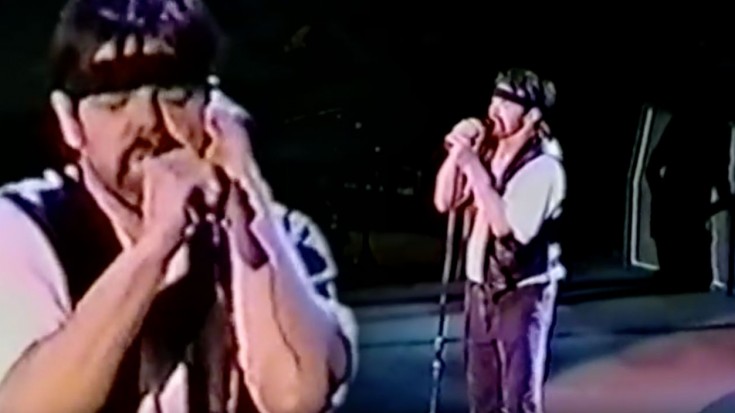 Our Michigan- raised, hometown hero Bob Seger celebrates his 40 years of performing with sentimental classic “Like A Rock” in Phildelphia’s Spectrum in 1996 and it’s beyond moving…

“It’s a matter of growing up. From the time I was 20 until I was 30, I didn’t sell a whole lot of records, but I was doing a lot of rock ‘n’ roll. That’s the way I felt at the time. Maybe during the period when I was 30 to 40, I was getting more mature, writing about older themes. I’m sure ‘Like A Rock’ doesn’t mean much to someone who’s 20, but I gotta write what I know about.”

Written about the connection he has always felt toward his audience as a humble man, Bob expresses his experiences while staying true to himself amongst the crazy atmosphere of fame and fortune. For once the legend speaks of pride, but only proud of how he stayed true to himself which somehow makes us love him even more than before.

Interesting Fact: This song was used in the soundtrack for the film The Weather Man (2005), which starred Nicolas Cage.

“There have been times where I’ve written a bunch of verses before I even know what the title is. That’s what happened with ‘Like A Rock.’ I wrote the first three verses of that song before I even knew where I was going. Then, one day, I just fell into the ‘like a rock’ thing, and I thought it worked.”

We love you Bob!

And I stood arrow straight
Unencumbered by the weight
Of all these hustlers and their schemes
I stood proud, I stood tall
High above it all
I still believed in my dreams

Twenty years now
Where’d they go?
Twenty years
I don’t know
I sit and I wonder sometimes
Where they’ve gone