Blacktop Mojo Do Aerosmith Justice With This Cover Of “Dream On” That Will Give You Chills! 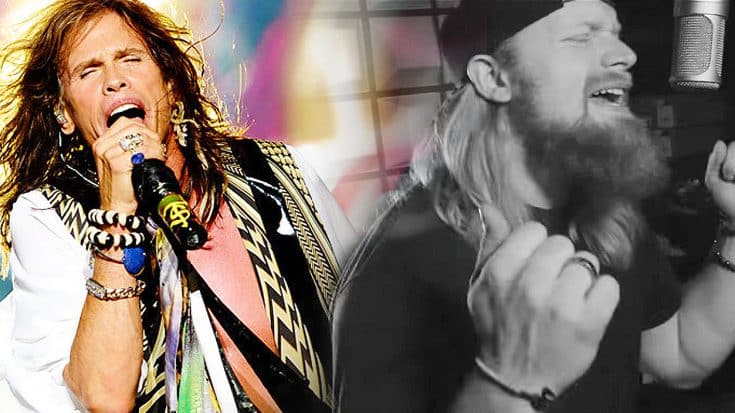 His voice is out of this world!

One of the hardest things to do, is mimic Steven Tyler’s voice. The Aerosmith lead singer has, arguably, one of the best voices in not only classic rock, but music in general! It’s hard to find someone on the level of Mr. Tyler, but that has never stopped people from trying.

One of the best covers of Aerosmith we’ve seen is this cover of “Dream On” by Blacktop Mojo. Are a heavy rock and roll band that, in the past, have taken the stage with artists like Aaron Lewis, Bon Jovi, Puddle of Mud and more! The band typically takes on covers of all types of songs, from Top 40 to heavy metal. This cover of “Dream On” is arguably their best and most well known!

Fun Fact: Regarding the meaning of this song, Tyler explained: “It’s about the hunger to be somebody: Dream until your dreams come true. This song sums up the s–t you put up with when you’re in a new band. Most of the critics panned our first album, and said we were ripping off the Stones. That’s a good barometer of my anger at the press, which I still have. ‘Dream On’ came of me playing the piano when I was about 17 or 18, and I didn’t know anything about writing a song. It was just this little sonnet that I started playing one day. I never thought that it would end up being a real song.”

The lead vocalist channels Steven Tyler and absolutley crushes it! If you close your eyes and just listen, you might have a hard time differentiating between Blacktop Mojo and Steven Tyler!