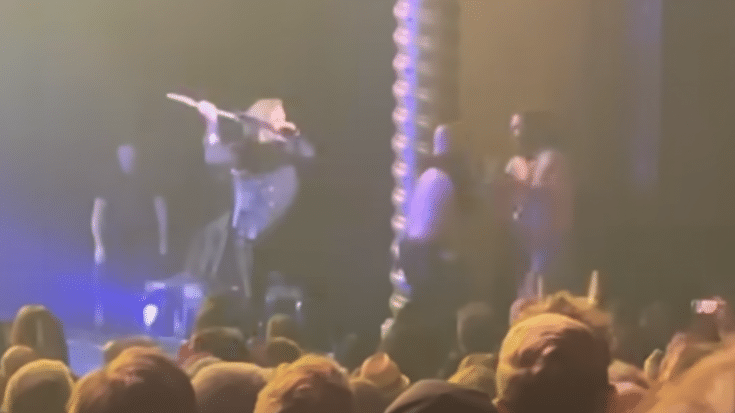 During the Black Crowe’s Sunday concert at the Palais Theatre in Melbourne, the band was invaded by some people from the crowd. The interruption took place during the band’s performance of “Stare it Cold,” the final track to their debut album Shake Your Money Maker.

They played its entirety as part of celebrating their 30th anniversary. No less than 30 seconds into the song, two security guards rushed to the side stage to apprehend the fan rushing to the stage and because the security guards failed to stop the person, the Robinson brothers take matters into their own hands.

The fan was beaten by Chris with his microphone stand as security ushered him offstage. However, instead of retreating, the fan turned around to fight the guard and even tried to get back onstage for the second time. Rich took his turn and buried his guitar in the instigator’s chest, halting the song.

The fan jumps back into the crowd who resented him immediately. “Hey, you throw that motherfucker out, right? You get the fuck out of here!” a band member, presumably Rich, yelled off-screen.

After that interruption, they restarted “Stare it Cold” and finished the song without a hitch. The Black Crowes launched their Shake Your Money Maker anniversary tour last 2021. Watch the fan-filmed video of the incident below.