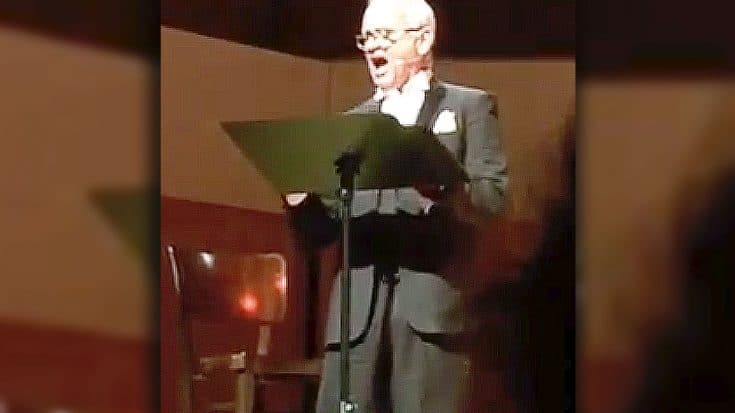 As if we really needed another reason to love Bill Murray! The 66-year-old is currently prepping for the September release of his debut album New Worlds, described by NME as “a classical project which will see him perform literary readings over chamber music from a trio led by cellist Jan Vogler” but he’s already taking his act on the road, dominating the news this week as footage of his debut performance with Vogler’s trio in Dresden, Germany makes the rounds.

Fun Fact: Murray first gained exposure as a player on Saturday Night Live and despite being best known for his comedic roles, he garnered additional critical acclaim later in his career, starring in Lost in Translation (2003), which earned him a Golden Globe and a BAFTA Award for Best Actor, as well as an Academy Award nomination for Best Actor.

Dressed in a tuxedo and with a music stand full of sheet music before him, Murray performed a cover of Van Morrison’s 1989 “When Will I Ever Learn to Live in God” and we were pleasantly surprised to find that not only is Murray as comfortable onstage as he is on the big screen, he’s actually pretty damn good – there’s a lot of power to his performance that we weren’t quite expecting, complemented beautifully by Jan Vogler’s classical trio holding down the fort behind him. Check it out in the video below and as always, let us know what you think and enjoy!