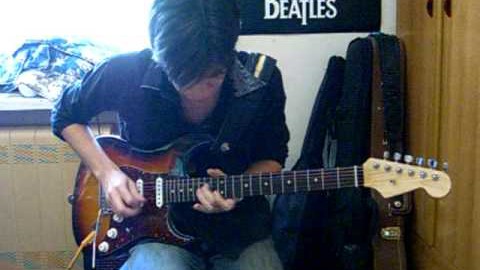 “Lenny” is a slow track with “jazz-inflected chords and solo runs.” It’s included in Stevie Ray Vaughan’s Texas Flood album. This song was written for his wife, Lenora. Because Jimi Hendrix served as a huge musical influence to SRV, this song was also influenced by Jimi’s famous ballads “Little Wing” and “Angel.” In fact, the story behind this is that SRV said he already had the riff in his head when he woke up.

One of SRV’s guitars is also called, “Lenny” and he played most of his songs using it. It contained sentimental value to him since it was a gift for his birthday given by his beloved wife.

Stevie first met the guitar that would become Lenny in 1980, when anything made by Fender after 1964 was considered a utility instrument. – Premier Guitar

This cover by the way, is one of the best we’ve seen so far. There’s something incredibly beautiful about this and it keeps SRV’s legacy alive.