Band Performs Incredible Cover Of Stealers Wheel’s “Stuck In The Middle” While Driving! 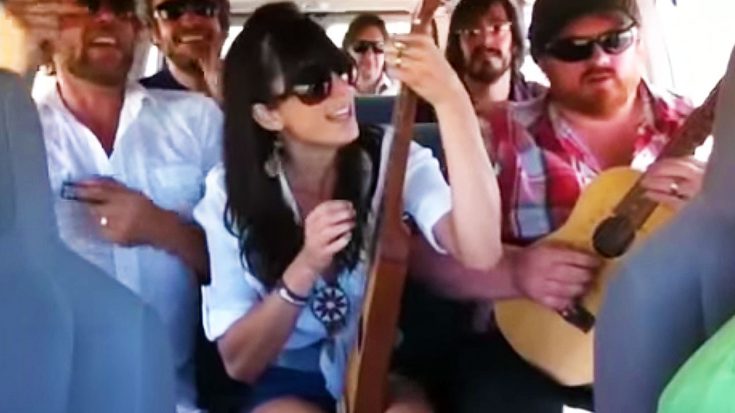 She was literally stuck in the middle!

The career of British-Scottish band Stealer’s Wheel was incredibly short-lived. The band really only lasted 3 years from 1972-75, until they had a reformation in 2008. During their career, they had one song that they were known for, and that was “Stuck In the Middle.”

You’ve heard the song many times before. It’s been used in so many movies, the most notable one being Quentin Tarantino’s Reservoir Dogs. Well, the song has lasted so many generations, and has seen its fair share of great covers. This one that we’ve recently dug up is definitely our favorite! Nicki Bluhm and The Gramblers covered this classic song while they were driving! That’s right! While crammed in the back seat of a car, the band surprisingly jumped into a high energy cover of this song!

Fun Fact: In his obituary of Rafferty for the January 5, 2011 issue of the Daily Telegraph, Martin Chilton said of this song that it was “Written as a parody of Bob Dylan’s paranoia, it ridiculed a music industry cocktail party, with the lyrics:

Clowns to the left of me
jokers to the right
here I am, stuck in the middle with you.

Check out this fantastic cover down below and prepare to be amazed!