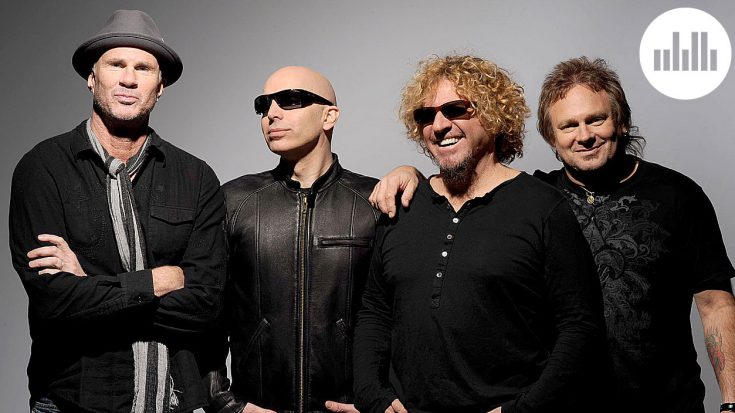 These Rock Legends Create The Next Great Hit!

Sammy Hagar, former frontman for legendary rock band Van Halen, is revered as one of the most entertaining and prolific hard rock singers of all time. With a stage presence, voice, and charisma like no other, Sammy has established a status and legacy ever so deserving of a solo induction into The Rock & Roll Hall Of Fame.

Michael Anthony, former bassist for Van Halen, is undoubtably one of the most underrated bassists in all of rock and roll, but also one of the most beloved rockstars that has ever taken to the stage. With impeccable bass playing skills and a falsetto voice to follow, Michael Anthony is legend in the hard rock community.

Joe Satriani, guitar virtuoso, is one of the most figures in the guitar playing community. If you could believe it, he gave lessons to such guitar legends as Kirk Hammett and even Steve Vai, yep, Steve Vai. He is undoubtably one of the most influential guitarists in the world and has an ability that is often, yet never duplicated. He is one of the best, pure and simple.

Chad Smith, drummer for The Red Hot Chili Peppers, has a hard hitting yet groovy style that is reminiscent of John Bonham. He has made a career of being one of the most stellar and lovable drummers in all of music. Rightfully an inductee in The Rock & Roll Hall Of Fame, Chad Smith is widely regarded as one of the best drummers we have to offer, today.

So, what happens when these four powerhouse musicians come together to form a band? Well, you get the awesome relatively new band Chickenfoot and their amazing music!

Below is the band’s brand new song Divine Intervention. Check it out below!