B.B. King Manages To Keep His Cool When This Unfortunately Happens… 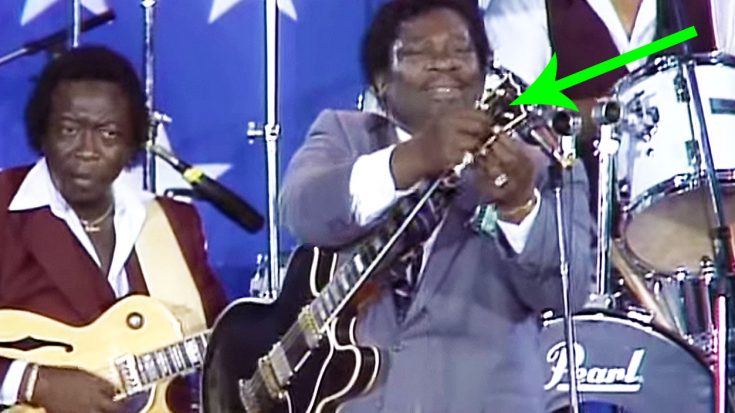 He didn’t even need to stop!

B.B. King changed guitar playing forever. His unique talent to blend blues and rock revolutionized music forever, and paved the way for so many musicians. He inspired so many, and his death back in 2015 was a huge loss to the music world.

Looking back on it, King used to put on one heck of a live show! He would turn songs into 10-minute jam sessions filled with incredible extended solos. He was a master of his craft. This particular performance, however, is one of a kind. During a performance of his song “How Blue Can You Get” back in 1985, King breaks a string mid-song! Rather than swapping his guitar out or stopping the song completely, King, with the help of a roadie, changes the string while he’s still playing! It’s insane, and something few others can pull off. It’s definitely one of the most epic things we’ve ever seen King do.

Check out the incredible maneuver down below and prepare to be amazed!