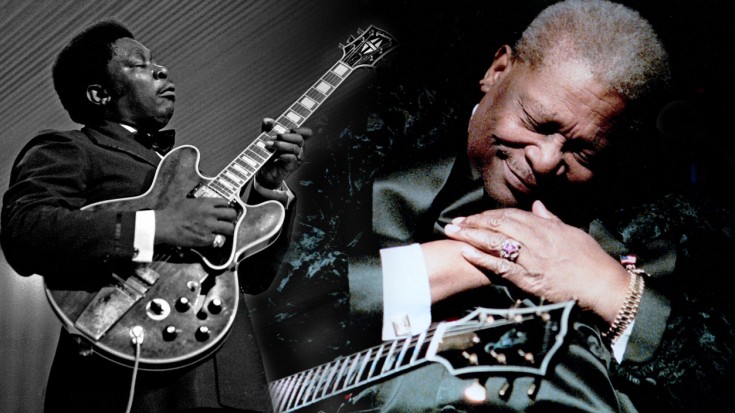 B.B. King has a wide array of global song hits. There are even those who weren’t exactly chart-toppers but are well-loved by his loyal fans. I, for one, just love ALL his songs. And yes, I mean ALL OF THEM. This particular track which was included in his four-disc boxed set compilation album, “King of the Blues,” is stamped with the King’s style everywhere. Two seconds into the song and it’s already giving me the chills!

The consensus is that King is so original that you can tell his guitar playing from “one note”. Bill Wyman says that King tried to teach him that magnificent ‘trill’ sound, even lending him his treasured ‘Lucille’ guitar on which to master the effect. “Buggered if I could do it,” says Wyman on The Life Of Riley.

Though I find it absolutely delightful to listen to his records, I love looking at old footages or videos of his live performances. Why? The man has passion and I mean a bucket full of it! You can see it in his face especially when he starts his guitar solos. It’s mind-blowing! You can feel his energy and emotions when he hits those notes!

King certainly had a right to the blues. He had a difficult, lonely upbringing following his mother Nora Ella Farr’s early death. King was forced into arduous farm work and cotton-picking from the age of seven. Even small children toiled “from can to can’t . . . from when you can see to when you can’t,” King explained.

The aforementioned compilation album contains his greatest hits and was released on October 10, 1992 under MCA Records.

Hey, Mr. President
All your congressmen too
You got me frustrated
And I dont know what to do

I got the blues
Got those inflation blues

You know, Im not one of those high brows
Im average Joe to you
I came up eating cornbread
Candied yams and chicken stew

Mr. President, please cut the price of sugar
I wanna make my coffee sweet
I wanna smear some butter on my bread
And I just got to have my meat

Thats why I got the blues
Got those inflation blues