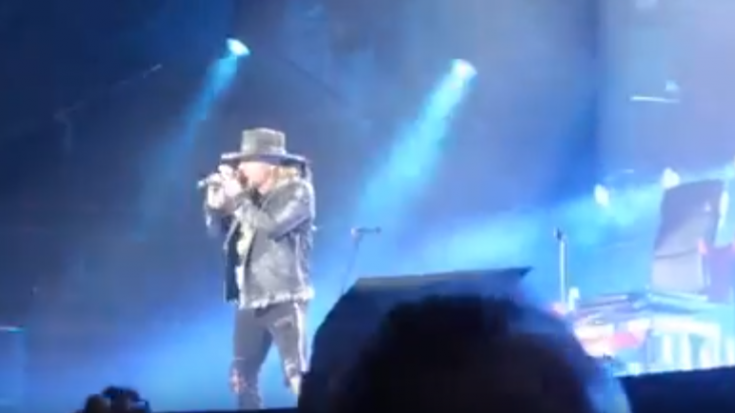 It’s been weeks now since Axl Rose injured his foot and therefore had to borrow Dave Grohl’s rock ‘n roll throne (which looked super cool, by the way). We didn’t really mind because duh, it’s Axl. He can lie down and still rock everyone’s brains out. But yeah, he was forced to sit down during live shows and concerts (including Coachella) so fans will LOVE this latest development on AC/DC’s temporary frontman and vocalist.

During their Rock or Bust Tour in Vienna, Axl was spotted out of his throne while belting out to Shoot To Thrill. Of course he’s not yet running around doing some stage antics but hey, at least he’s already back on his feet right? He sure is kickin’ ass! Oh and for what its worth, he sounds awesome. Maybe at first we couldn’t imagine anyone else rivaling Brian Johnson’s voice but man, Axl totally brings it.