Axl Rose Comes Clean, Reveals What Scares Him The Most About Singing For AC/DC 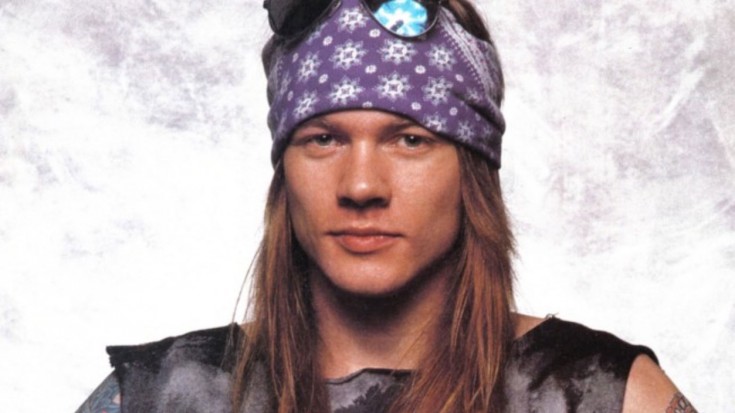 Axl Rose has rocked stages all over the world, faced criticism for his bad boy antics and world class tantrums both on and off stage. He’s been blamed for the split that kept the Guns N’ Roses we knew and loved away from the limelight for two decades, and he’s taken it all on the chin – but it looks like he’s finally met his match after being recruited to sing for AC/DC, and he knows it.

In a series of interviews released just two days before Axl makes his big debut with AC/DC in Lisbon, Portugal, the Guns N’ Roses frontman revealed that when the call came in to step in for a handful of European dates on AC/DC’s Rock Or Bust Tour, he was terrified and at times doubted his ability to follow through.

“I’m excited now, but I was terrified after I got off the phone. It was like, ‘What have I done?,” admits the 54-year old singer.

He also recognizes that AC/DC’s body of material is difficult to sing, so if you’ve had any doubts regarding his ability to tackle songs like “Hell’s Bells” and “Back In Black,” you’re not alone.

“I didn’t know if I could do it or not. The material itself…[as a fan] I’ve never tried to sing certain songs professionally, maybe a little bit of “Shoot To Thrill” but you always knew it was a really tough song to sing.”

From what we heard of AC/DC’s rehearsals earlier this week we’d say Axl, who only wants to “do justice” to the fans and AC/DC as well,  has nothing to worry about and is well on his way to a glowing opening night tomorrow!