You Won’t Believe This 7-Year-Old’s Rendition Of Rush’s “YVZ”! 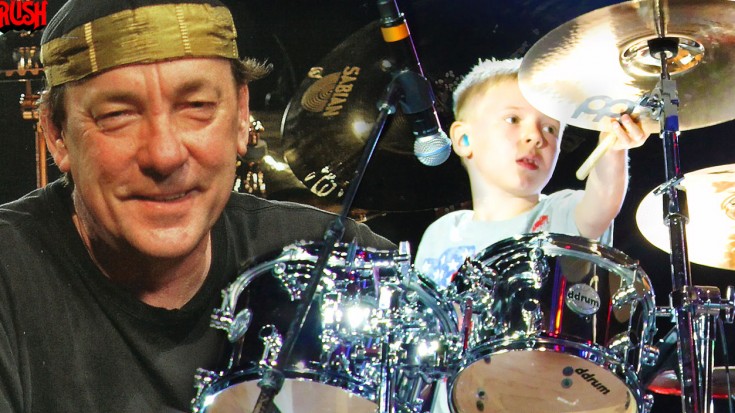 As far as drummers go, Neil Peart of Rush is widely regarded as one of the best drummers in progressive rock, and he’s incredibly difficult to cover, much less imitate nearly flawlessly. However, leave it to Avery Molek to come to the rescue! Here he is again, this time tackling Rush’s iconic ‘YVZ’ – by far one of the most complex pieces in Rush’s vast catalog and you guys, you’re not ready for how incredible this is!

He attacks this rendition of ‘YVZ’ and to know that Avery plays mostly by ear and still managed to nail all of Neil’s fills is nothing short of absolutely amazing!

At only 7, Avery’s been tearing through Rush classics at a rate that Neil Peart himself would be proud of. He made waves with his cover of ‘Tom Sawyer’, which has to date amassed over 1 million views on YouTube!

Avery, you just might be one of my new favorite drummers! Move over, Neil…