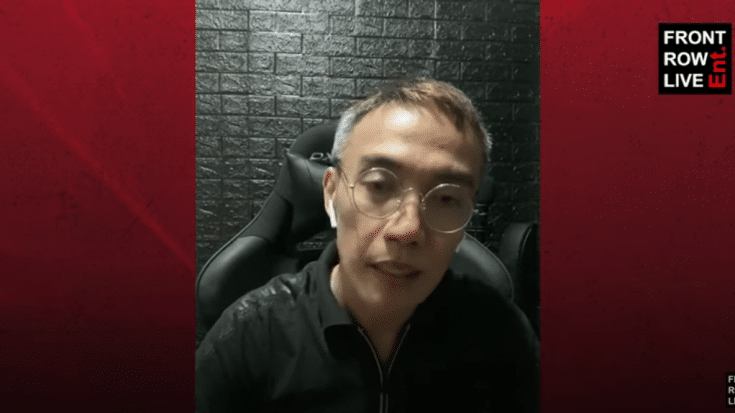 He Says That “It Has To Be Journey”

In a new interview with Front Row Live Entertainment, Journey lead singer Arnel Pineda talked about his approach when it came to singing for the legendary band – how he has to “capture the soul” of Steve Perry while still making sure he also retains his own identity as a musician.

He said, “You try to capture the soul of [former JOURNEY singer] Steve Perry when you’re singing those songs. You want it to be you in that album, but you have to be able to capture that soul and relay it, because the fans are expecting, it has to be JOURNEY. They got used to that sound.”

He further explained that he’s “just trying to be me now — I just sing it the way I wanna sing it — because I like to assume that I’ve already captured the soul. I just want to be me with my voice, and then I just wanna relax and be able to share my own passion, but at the same time, still send the soul of Steve Perry out there. And so far, the [other] guys [in the band] are not complaining about my sound. I’m just kind of anxious now what the fans will say as soon as they hear this new album. The anxiety is gonna kill me now.”

Asked about the possibility of a new musical direction especially with their upcoming album, Pineda answered: “They’re trying. But at the same time, they’re trying to stay somewhat in the tradition, in the legacy. It’s a 50-50 thing. I mean, it would be kind of boring if you keep on staying on the same path. Of course, we people, we get bored and we try to do something else, see if works. And then, if it works, then, ‘Hey, let’s do it more.’ And then, when it’s starting to get sour again, then maybe we should get back to the old style and let’s just put a little twist and maybe the fans will like it again.”

Arnel Pineda is currently recording and working remotely from the Philippines while his bandmates are spread out across the US. Check out the rest of the interview below.