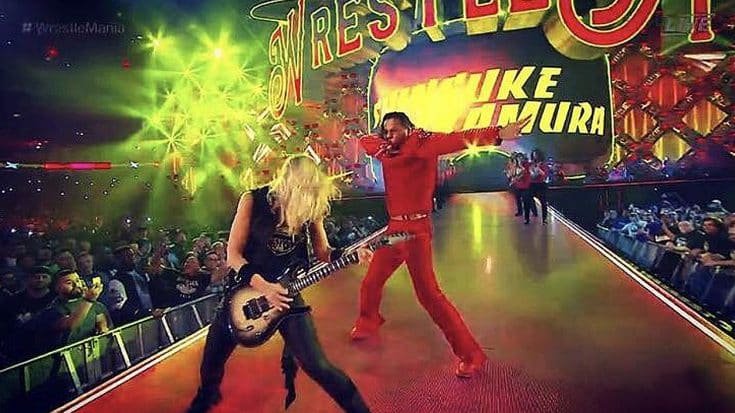 Last night in the Mercedes-Benz Superdome in New Orleans, Louisiana, wrestling fans from all over the world gathered see the 34th annual Wrestlemania. The showed was filled to the brim with iconic moments such as Ronda Rousey making her wrestling debut, The Undertaker returning to the ring, and above all else, Alice Cooper’s guitarist Nita Strauss shredding the entrance music for Shinsuke Nakamura!

As per tradition of every Wrestlemania, there is always bound to be live music somewhere on the card. This year was no different. Just before Shinsuke Nakamura was set to challenge AJ Styles for the WWE Championship, Nita Strauss, with only a spotlight and a guitar, proceeded to melt all 78,000+ faces off with a ripping solo. Soon after she played the opening riff to Shinsuke’s theme song, she was joined by a house band to seal the deal on what is now being considered one of the most iconic Wreslemania entrances of all time!

Check out the video below!