Ali Handal Takes This Van Halen Classic, And Transforms It Into An Amazing Blues Jam! 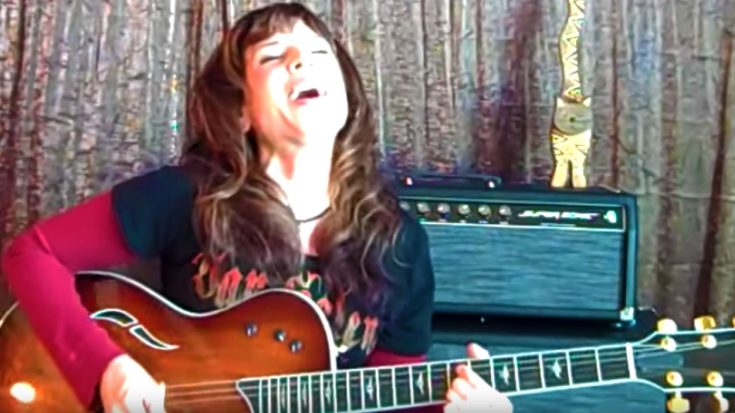 Who knew this could be a blue’s song!

Van Halen were known for their ability to shred amazing rock music. Their guitars were always screaming loud, and Eddie Van Halen pretty much singlehandedly popularized the finger tapping technique and made it a regular part of guitar playing!

However, it’s always interesting to hear how Van Halen’s songs sound stripped down to their simplest forms! And that’s exactly what guitarist and singer Ali Handal did with Van Halen’s “Jamie’s Cryin'”! Not only does Ali strip the song down to its raw and acoustic form, but she also makes the song her own and kind of turns it into a bluesy genre! It’s pretty fantastic, and works quite well! You might not think the song could work with a blues twist, but trust me, Ali’s version sounds pretty fantastic!

Fun Fact: This song is about a girl who has a one-night stand and lives to regret it. She wants a deeper relationship and feels used by the guys who hit it and quit. She considers writing him a letter asking him to call (remember, this is before texting), but she knows it will get her nowhere.

Check out the amazing cover down below, and let us know what you think! Fast forward to about 4:40 in the video to see the cover, but she has some Van Halen concert stories she shares before the cover, so you might want to check those out!