Album Review: “The Smoker You Drink, the Player You Get” By Joe Walsh 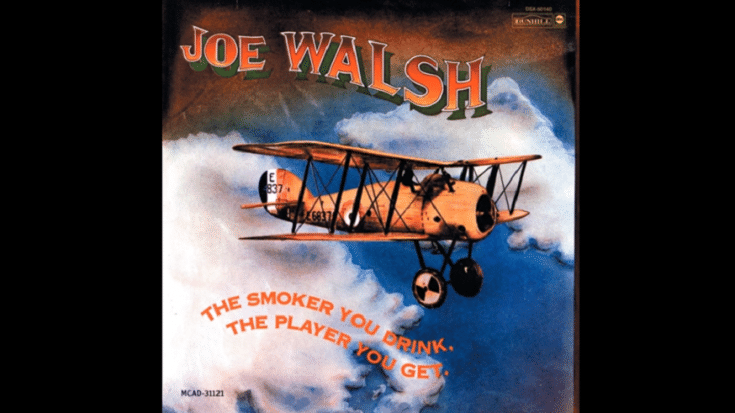 Joe Walsh released his second solo album “The Smoker You Drink, the Player You Get” on June 18, 1973 and unlike his previous studio effort, this one was a success. It cracked the top 10 in the Billboard Pop Albums chart, peaking at #6. It served as his commercial breakthrough thanks to hit singles like “Rocky Mountain Way” and “Meadows.”

From the arrangements to the guitar work, it’s tasteful and superb. The entire LP features some of his most well-known and enduring tracks. There’s no filler because every song is essential. Joe Walsh could go from hard rock to ballad and nail it every single time. The musicianship is also another thing that helped this record stand out. Walsh brought his A game with his fiery and unforgettable solos.

The LP has variety too – rock, blues, folk and jazz tunes. Overall, it showcased Walsh’s growth as a musician as he touched upon unfamiliar music territories. Plus, it’s polished and entertaining.

The LP kicks off with this energetic and ferocious track. It’s timeless – over four decades later, it doesn’t sound dated. It’s also one of the songs that established Joe Walsh as a full-fledged rockstar.

It’s a lovely break from the sonic attack of the opener. On it’s own, it’s enchanting and relaxing.

A heavy-hitting number, it’s a straightforward rocker that shows Walsh at his finest.