Album Review: “Tango in the Night” by Fleetwood Mac 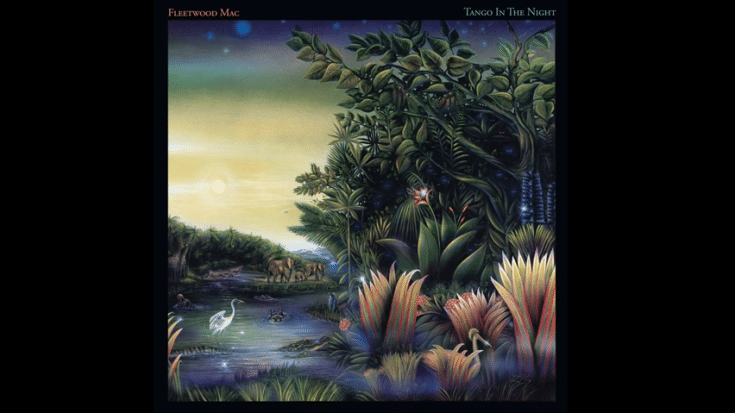 Last Studio LP From Their Most Successful Lineup

Before Lindsey Buckingham left Fleetwood Mac in 1987, he didn’t bow out quietly. Instead, he gave them a stunning album which is fairly comparable to their best albums in the ’70s. Buckingham has always been unfairly overlooked – as a guitar player, songwriter, and even as a producer. But time and again, he has proven that he always delivers the goods. Case in point: “Tango in the Night” which easily stands out as one of the best records to come out of the ’80s and it’s solid proof that Buckingham brought more to the table than most people give him credit for.

He took over the LP’s creative direction and what it got him was a brilliant musical masterpiece. “Tango in the Night” is notably more polished than its predecessors and consistent too. Even with minimal contribution from Stevie Nicks, the LP offers diversity. It also introduced Fleetwood Mac to a new generation of rock music fans.

“Big Love” sets the tone for the album – haunting and energetic. Nicks steals the spotlight with the poetic “Seven Wonders”. Christine McVie is the unexpected star of the LP and one of her finest musical moments was “Everywhere”. It’s dreamy and hands-down beautiful. “Caroline” sounds a bit out of place with its exotic vibe. The title track showcased Buckingham’s stellar guitar playing. “Mystified” is an absolute classic.

“Little Lies” is another gem from McVie. “Family Man” is catchy and undoubtedly one of Buckingham’s best fingerpicking work. “Welcome to the Room… Sara” is rather forgettable and disappointing. “Isn’t It Midnight” is a clear highlight of the album. “When I See You Again” is a slow and sad number. “You and I, Part II” perfectly wraps up the LP.

“Tango in the Night” is an essential Fleetwood Mac album and certainly right up there along with “Rumours”.