After 31 Years: Led Zeppelin Performs “For Your Life” Live For ONE Night Only 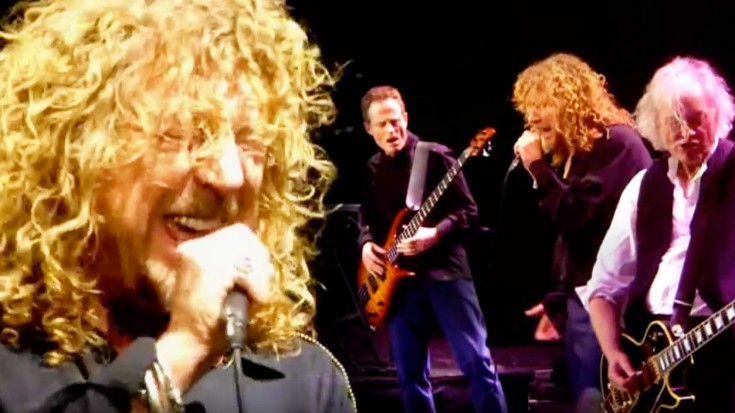 From album Presence, Led Zeppelin’s “For Your Life” was written for and dedicated to a close, personal friend that unfortunately got too involved in the drug community at the time. With mentions of cocaine and crystal meth, it is clear that Plant’s friend was in over her head closing off with the lines: “And now your stage is empty, bring down the curtain, baby please.  Fold up your show, hadn’t planned to. Could not stand to fry in it…”

Interesting Fact:  Plant later explained the song’s venom was due in part to his observations of the excessive amount of cocaine which had now pervaded and ruined the music scene in Los Angeles, during his stay on the West Coast prior to recording.

When recording this track for the 1976 Presence album, Plant had experienced an awful car accident a year prior, that left him healing in a wheelchair for quite some time; Plant recorded this song from his wheelchair in ’76.

During the time of Bonzo, Led Zeppelin unfortunately never brought this incredible story to stage… Now, returning with Bonzo’s very own son, Jason Bonham, Robert Plant, Jones and Jimmy finally give the song some real life on stage at the Ahmet Ertegun Benefit Concert in 2007. With better vocals than we have heard from Robert in years, the performance he gives of this song is beyond legendary.

+ For Your Life Lyrics +

You said I was the only, With my lemon in your hand
Exhibition is your habit, Emotion second hand.
Had to pull away to save me, Maybe next time around
And she said, ‘don’t you want it?
Don’t you want cocaine-cocaine-cocaine
Hadn’t planned to, could not stand to try it, fry it, na na na yeah.

Heard a cry for mercy, In the city of the damned
Oh oh babe, damned. Down in the pits you go no lower
The next stop’s underground. Oh, hello underground.
Wine and roses ain’t quite over, fate deals a losing hand
And I said: didn’t mean to… did not mean to fail
You didn’t plan it, you over-ran it

Oh, I can have you, baby, But I don’t know what to do, yeah
Sometime, baby, nothin’ I could do
On the balance of a crystal, Payin’ through the nose
And when they couldn’t resist you, I thought you’d go with the flow.