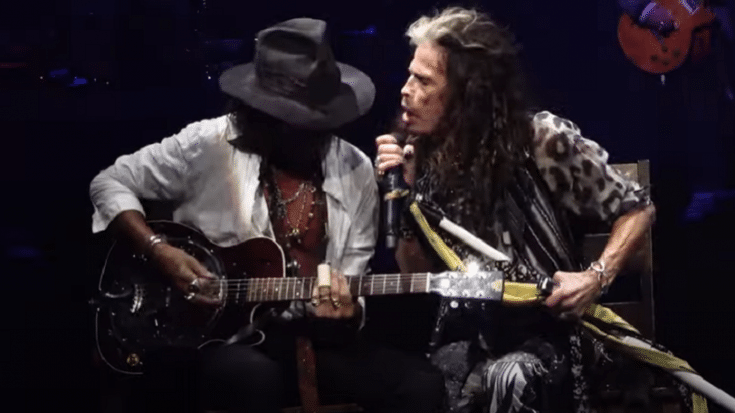 Four years ago, Aerosmith announced a residency in Las Vegas dubbed as Aerosmith: Deuces Are Wild, referencing to casino gambling and their 1994 single of the same name. It successfully took place between April, then throughout December 2019. However, due to insisted public demand, the band decided to add more dates to it.

When most parts of the world have lifted down their quarantine restrictions, Aerosmith announced their plans to continue the Deuces Are Wild Residency and expand it from June through December. However, they had to cancel the dates once again because Steven Tyler entered rehab. The icon was diagnosed with Morton’s Neuroma and had to undergo foot surgery.

So, the band, for the ninth time, had to reschedule the dates. Last September 4, the band finally ended the delays and did the long-overdue show. It took place in Bangor, Maine, after a break of two and a half years. However, Joey Kramer took a temporary hiatus, which made their drum technician John Douglas filled in for him.

The show will now be followed by a Boston performance on September 8. After that, they will re-launch their Vegas residency on September 14.