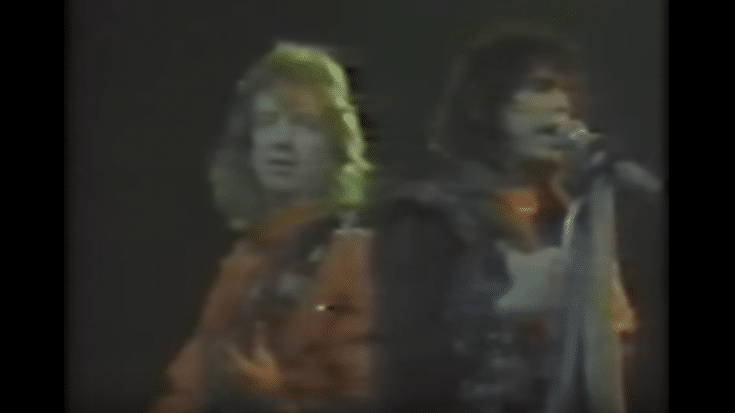 “Last Child” was written by Steven Tyler and Brad Whitford. It was released on May 27, 1976 for their fourth album “Rocks.” It ranked at number 21 on the US Billboard Hot 100 and is one of the most popular contributions of Whitford. He would create variations during his solo when performing live.

The song opens like a slow song, with the slow, careful playing of the guitar and Steven Tyler’s dreamy lyrics. But then after 22 seconds, it abruptly changes to a hard rocking bluesy song, complete with a boogie background and two-guitar interplay between Brad Whitford and Joe Perry, with Whitford playing the low notes of the song’s riff on the verse and Perry playing funk chords higher up on the neck.

It may not be as big a hit as their other songs but this was a crowd favorite. It was often played in concerts as a showcase song or feature spot for Whitford. The lyrics talked about their life in the band when they’re constantly hitting the road. It’s one of the band’s most funk-based songs!

In the Aerosmith biography Walk This Way, Brad Whitford explained how this song came together: “After rehearsal one day, I played this riff and Steven yells, ‘I love it!’ and stared playing drums; he plays very different from Joey (Kramer) with a more jazzy approach, fun to work with. Joe (Perry) threw in a couple of chord changes, a D chord to an A, and then spiced up the chord a little.”